A Hamilton City Councillor under fire for a Facebook post criticising the country's response to the Christchurch mosque attacks says he will apologise to the Muslim community.

James Casson wrote on his Facebook page that whenever a memorial is held or a tear shed, the attacker wins. In another posting in 2016 he called for retribution and violence to rid Europe of Middle Eastern refugees. 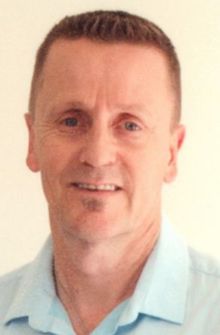 Mr Casson told Checkpoint this evening the post was never meant to cause offence and he will visit the local mosque in Hamilton on Friday afternoon to apologise to Muslims. He said he understood the need for the initial grieving nationwide but it was time to get back to normal life.

Asked if armed police were no longer needed outside mosques, he said it was prudent at the time because "you don't know what you're going to get straight afterwards" and to protect Muslims while they went for prayers. But it would be much better for them if they no longer had to walk past armed police to reach their mosques.

Mr Casson said he has reached out to Dr Asad Mohsin, head of the Waikato Muslim Association, and expected to get a favourable reception when he apologised to Muslims in person.

He agreed that in July 2016 he posted on Facebook after terrorist attacks in Nice and Paris, referring to an invasion of migrants into Europe. He had written that it was "time to get hard, time for retribution, and extreme violence to rid Europe of these scum".

Mr Casson said he stood by those comments but they were referring to terrorists and boatloads of military-age young men who were causing problems in several European countries, including Germany, Holland and France.

"Hindsight's a great thing. Those comments were made before I became a councillor ... that was something I said in anger at the time. I do stand by them but I do apologise if people take them to mean that I've called all refugees scum which I have not."

Two people at the national memorial service in Hagley Park for victims of the mosque terror attacks in Christchurch. Photo: RNZ / Cole Eastham-Farrelly

He said while he was working as a police officer he had a close association with the mosque in Hamilton and he had Muslim friends who knew he was not a racist.

Mr Casson plans again to try for the council's top job in this year's local government elections in October, however, his remarks at the weekend were not intended as electioneering. "...That could have been worded a lot better or not been put on Facebook at all. But I was not trying to cause any offence and I was not trying to elicit any emotive response although obviously it has... I've had death threats and lots of messages of support too."

However, some messages of support had been vitriol, and others had come from "right-wing extremists" which he had deleted.

He gave his word that he would not make similar comments again, especially his 2016 comments, which he regretted.

Other mayoral candidates and councillors condemn the remarks

Two other mayoral candidates and both sitting councillors have spoken out against the Facebook utterances.

Paula Southgate was shocked and surprised when she first saw the comments. "Firstly I don't share those points of view whatsoever and I am acutely aware that the wider community and the Muslim community of New Zealand are still in shock and mourning about this terrible event."

Angela O'Leary, who has been a councillor for 12 years, said she was very concerned that an elected member of council and someone representing the city would respond to the events in Christchurch in such a way.

"I have no doubt that there will be many complaints coming from the public on this issue. This is not who New Zealanders are and it is actually not who Hamiltonians are either."

The city's Deputy Mayor Martin Gallagher said while Mr Casson has done some good things on council, particularly around community safety, he has made a huge error of judgement this time. "Use the prime minister's approach as a bit of a case-study in incredible compassion."

Mayor Andrew King said Cr Casson has not broken the council's code of conduct and he cannot be censured.

Cr O'Leary does not agree. She said if the public goes directly to the Mayor to complain then he has to respond.

" He has the authority and responsibility as leader of the council to enforce the code of conduct. This is quite a serious breach."