Tauranga's Mayor says it's time to start supporting people who pay their own way, as a new bylaw takes effect to ban rough sleepers from shopfronts in the city centre. 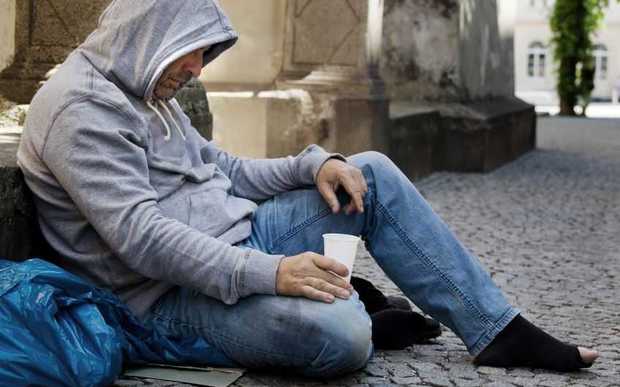 The bylaw takes effect from Monday, giving officers the power to impose fines for people who are found sleeping or begging within five metres of a shop front in the central business district.

Tauranga's Mayor Greg Brownless said beggars and rough sleepers put off customers from going into stores, which was damaging an already struggling industry.

It was important to stand up for people who work for a living, Mr Brownless said.

"Retail isn't a big money spinner now, especially for people in the CBD which is quite quiet anyway, they are having customers who are put off from going into their shops.

"At some stage you have to stick up for the people who are actually paying their ways" he said.

"There are some places where people sleep and it isn't an issue, but it's just not going to be in front of peoples shops, and its not going to be leaving behind toileting and other things that these poor people find, who are working to try and make a living find when they get to their shops" Greg Brownless said.

While he believed this was a good move for the city, he was not sure others across New Zealand would get on board.

Greg Brownless had already been threatened with a challenge on the bylaw by a local community law group who said it was a breach of human rights.

He also did not think many fines will be given out, as the community the bylaw targets won't have the money for it.