A mother of two boys who were fed one of the world's hottest peppers by a group of teenagers is issuing a warning to other parents. 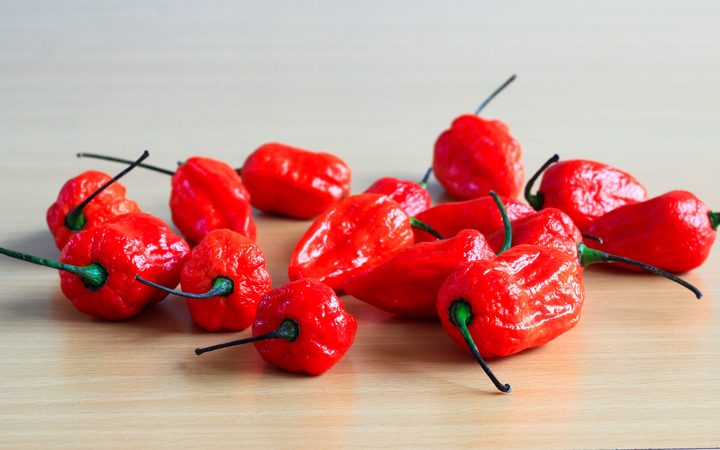 The 10-year-old and his brother, 12, were dared by the teenagers to eat a ghost pepper at the skate park on McLean Street in Paraparaumu on Monday.

Ghost peppers for a time were considered the hottest chili in the world, about 400 times hotter than Tabasco hot sauce. Researchers have found eating it could be deadly, but realistically people would stop because the pain and inflammation would be too great.

The local college the teenagers attend has been informed of the incident.

The boys' mother said her younger son had eaten more of the pepper than the older one and returned home in tears and screaming. He put his head under the shower, but it made the problem worse.

"He'd spread all the pepper all over his chin and all down his neck, so I literally had to dump a bottle of milk over his head, to get it to stop burning and had to put burn cream all over his mouth," she said.

Both boys were ill the next day as well.

She said she has spoken to her boys about not taking food from strangers, but they have ADHD and are easily led to do things.

"They knew these kids, but not well enough to know they would be tricked like that," she said.

Other children have reportedly also been tricked into eating the peppers.

She didn't want to be named as she was worried her sons would face repercussions because she had spoken out, but she wanted other parents to know, so it didn't happen to any other children.

"You automatically think your kids aren't going to do something like that, so it has reiterated the fact you have to stay vigilant," she said.

The boys can now no longer go to the skate park without their mother present.

"We live a two-minute walk to the park, that's their local, that's their outlet. They're just starting to get that independence but it's been taken away now because I can't trust they'll be okay at the park," their mother said.