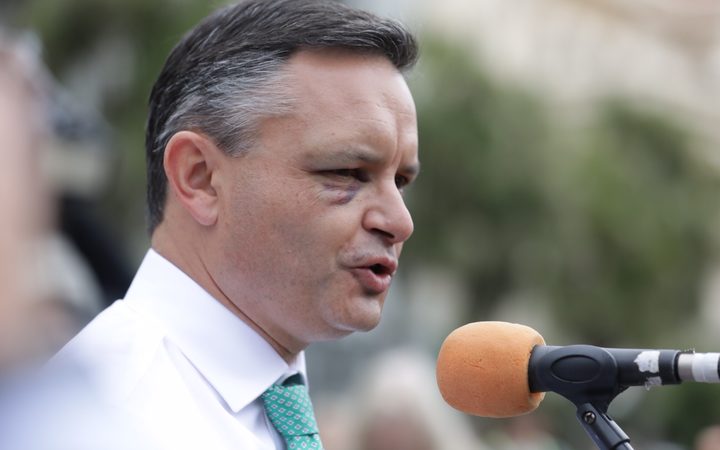 Greens Party co-leader James Shaw turned out for the schools' climate change strike, despite being injured in an attack the day prior. Photo: RNZ / Rebekah Parsons-King

The 47-year-old reappeared in the Wellington District Court this morning on one charge of injuring with intent to injure, but entered no plea.

Mr Shaw was attacked near the capital's Botanic Gardens earlier this month and suffered a fractured eye socket.

Judge Jan Kelly ordered a mental health report to consider the defendant's sanity and fitness to stand trial and remanded him on bail to reappear in Court in May.

She declined an application to amend the man's bail to allow him to travel into Wellington City.