Interest in polyamorous lifestyles may go beyond mere titillation, says an Auckland intimacy counsellor, as more people express an openness to define their own sexuality and sexual behaviours outside of traditional norms. 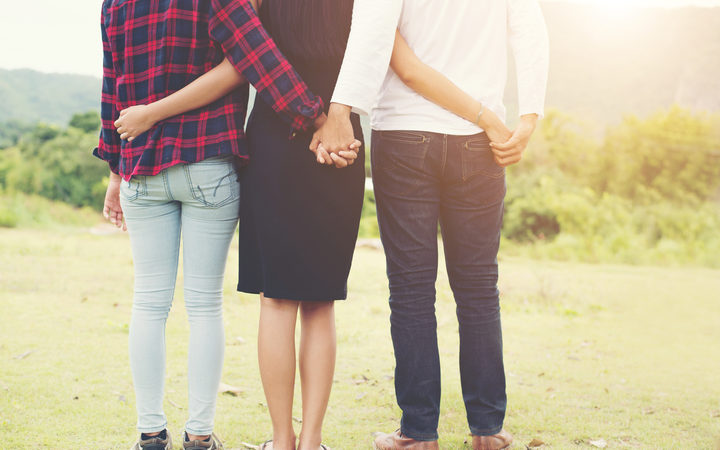 Angela Rennie, 43, has been offering specialist sex and intimacy counselling from her Mount Eden practice for the past seven years.

She says her anecdotal experience of talking to clients suggests traditional relationship paradigms are being challenged, revised and even replaced altogether, with more interest in polyamory, where more than one partner is in an intimate relationship with the consent of all involved.

"It is hard to know exact statistics, but many people feel freer to be open about their lifestyle choices in today's society," says Ms Rennie.

"These relationships can be very intense. I have seen many couples live this lifestyle in healthy ways, remaining deeply connected.

Past census questions have steered clear of the New Zealand public's sexual orientations and have not determined to what extent people have migrated away from traditional relationships.

Stats NZ says it aims to include these topics in all future social surveys and in the 2023 Census.

Regardless of what the figures may be, polyamorous lifestyles are nothing new.

The 'free love' idealism of the hippie movement in the 1960s and '70s encompassed elements of negotiated non-monogamy as part of an alternative way of communal living, unshackled from the consumerism and possessive individualism of Western capitalist societies.

But while hippie free love was part of a marginal counter-culture, forms of polyamory today could be more of an authentic expression of the zeitgeist.

In a technological society driven by desire to consume, to satiate appetites and an unbridled focus on the self, it would be reasonable to think these cultural influences would permeate through to the relationships we have and want to pursue.

Entering into a marriage or a long-term monogamous relationship was, for those conditioned by the culture, a type of commodity exchange of equal or higher-value to one's own sense of individual value.

This critique of selfish individualism remains relevant today. But whereas those seeking monogamous commitment look for one person to fulfil this commodity exchange, for those practising a polyamorous lifestyle there is no need to make an all-encompassing choice of just one well-rounded person. Many commodities can fulfil many needs and expectations.

For those pursuing a more meaningful connection as opposed to just a commodity exchange, the same applies - an intimidate relationship need not be exclusive.

Sara is a 35-year-old from Tauranga who entered the polyamorous lifestyle three years ago, following a painful break-up in a monogamous relationship, involving infidelity on the part of her partner.

She is now dating a polyamorous man, who she has a good sexual connection with and considers one of her best friends. Another man, who is married with four children, also offers her emotional closeness and a unique sense of belonging.

"There is not one person who can live up to all my ideals and it would be unfair to impose those expectations on one person," she says.

"There are many people I can connect to with different attributes and qualities, that satisfy different things. One partner that I was with shares the same music and go to festivals and travel together. My other partner has too many commitments to do that, for example." 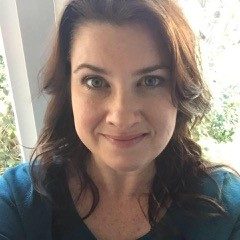 Ms Rennie says this type of approach can work for many people, particularly when pursuing both physical and emotion closeness causes too much anxiety.

"No one person can give you everything you need," she says.

"You can get other things from friends and family, however. It isn't necessary to have a poly relationship.

"Trying to do both with one person causes huge anxiety and raises the stakes very high.

"You can see how this plays out with couples that have high conflict but also high passion, or are very emotionally close, but more 'friends.'

"It takes a lot of bravery to be willing to have both emotional and physical closeness with one person. It can make sense to separate these out in different people, it's a lot 'safer' and people can feel a lot less vulnerable."

Jay is a 33-year-old Aucklander who has been happily polyamorous for five years, since a painful ending to a monogamous relationship with a long-term girlfriend.

He expresses unease at describing himself as poly, due to behaviours of single men who feel the label gives them carte blache to do as they please, regardless of the feelings of others.

"I'm a single, straight guy, of which there are many in the community who label themselves as polyamorous when actually they just want an excuse to sleep with people without any emotional accountability. It seems a bit sleazy to me," he says.

"If I was in a long-term, non-monogamous relationship, I think I'd feel more comfortable describing myself as 'poly.' "

For Jay, the intensity of his past monogamous relationship and the focus on exclusivity was a constant source of anxiety.

"It was such an intense relationship and from the get-go very jealous, for both of us. After we split, I just asked myself, 'Why?'

"By interrogating that, I questioned the so-called norms I took to relationships, which for me was the take-for-grantedness of strict monogamy."

Since then, Jay has not had a long-term, serious relationship, but has not ruled that out in the future.

"For me it was just a process of learning to own my emotions and to work at being as honest as possible: If I'm seeing multiple people, making sure everyone knows exactly where I'm at or, if I'm seeing someone more intensely, being honest with that person about my desires, should they arise."

From some accounts, it leads to the wider question of whether some people enter polyamorous lifestyles in an attempt to face down past hurt from monogamous relationships - specifically, partners sleeping with other people - or the fear of that happening.

Polyamory, for some, could be a kind of "counterphobic" response to this emotional pain.

When strong negative emotions like fear are experienced, these are painful to tolerate, so the natural human impulse is to escape away or defend against the pain.

Some people develop "counterphobic" reactions to a negative emotion by courting more of it as a means of making it tolerable and building mastery over it. Examples would be the individual who becomes a mountain climber to overcome a fear of heights, or someone previously afraid of sharks becoming an enthusiastic deep sea diver.

Many psychologists believe the dynamic in which a strong negative emotion becomes sexualised follows a similar process. Sexologist John Money describes it in an "opponent-process" theory, where a painful experience can be compulsively repeated enough times that it becomes pleasurable.

Ms Rennie agrees some polyamorous people are motivated by a desire to avoid emotional pain of their monogamous pasts.

"There is certainly a portion of people that choose these types of lifestyles to assert control of feelings and situations that seem out of their control.

"As with all things, there is usually not one reason that you can pinpoint for behaviours that individuals or groups choose."

Ubiquitous dating apps like Tinder, where a quick hook-up is possible at any time, now loom ominously over traditional relationships like a spectre.

"Cheating in relationships has always been very high," she says. "The rates that women do it are very under-reported and I feel higher than many people expect.

In light of this, she says for some a polygamous lifestyle seems safer than a monogamous relationship, taking some of the risk of betrayal or disappointment out of the equation.

"It can be reflective of a desire to keep an emotional distance and/or not putting all your eggs in one basket.

"If one relationship doesn't work out, you have someone to fall back on. Relationships create anxiety and make us feel vulnerable. For some this is certainly a way to manage it.

"For others who have felt the pain of infidelity it can be a way to still connect, without the fear of this happening again.

"I have had a client say: 'at least they won't cheat on me if they're allowed to see other people'."

However, she says negotiations within a polyamorous relationships can be carried out in bad faith and they offer no guarantee against this type of emotional pain.

"There is probably a perception that poly couples don't have rules and boundaries. But each couple defines their own within that relationship between them."

Twenty-eight-year-old Aucklander Ravina has pursued polyamorous relationships since her teens and found it initially fraught with difficulties, until meeting her boyfriend 18 months ago.

"I have always been interested in polyamory, and unsuccessfully attempted it several times as teen and young adult, before discovering my current partner and working out how to get it right," he says.

"The big issue during my earlier years was that we were not confident enough in ourselves to overcome the societal and cultural expectations of monogamy."

Respecting rules and boundaries, as well as detaching from conventional values of exclusivity in relationships, were equally key to making the relationship work.

"In my relationships, I expect my partners to be honest about any other relationships they are thinking of pursuing; to use physical protection like condoms until otherwise agreed, and to attend to their existing relationships before trying to take on new ones.

"If a partner were to violate any of these rules and expectations, I would consider that an infidelity and it would be as much an issue for me as for in a monogamous relationship."

She says polyamory remains challenging at times, but in comparison to past experiences of monogamy, she is more at peace within herself.

"I still struggled with it for a while after meeting my current partner, but we have excellent communication and have worked through any issues that have popped up.

"We have been together nearly one-and-a-half years, which is my longest poly relationship so far.

"We very rarely fight and we're still going strong, which is something that I had not experienced in mono relationships. I can't say how well poly works in the long-term, but it seems to be successful at this point."

One of the most frequent questions asked by polyamorous couples and individuals is whether or not their lifestyles are a phase or a potentially life-long commitment.

Ms Rennie thinks the question may fail to understand the fluid nature of relationships, the status of which are largely contingent on the changing nature of the people involved in them.

"Many couples also choose this lifestyle for a period of time," she says.

"Sexuality and expressions of sexuality are not fixed for individuals and couples over time.

"A relationship is a negotiation that never ends. What may work for several years may stop working for one or both partners.

"Partners need to communicate and renegotiate constantly, depending on many factors. Many poly relationships become mono, many mono become poly, and there are numerous variations in between."