A bus and truck crash in Waitākere has left one person dead. 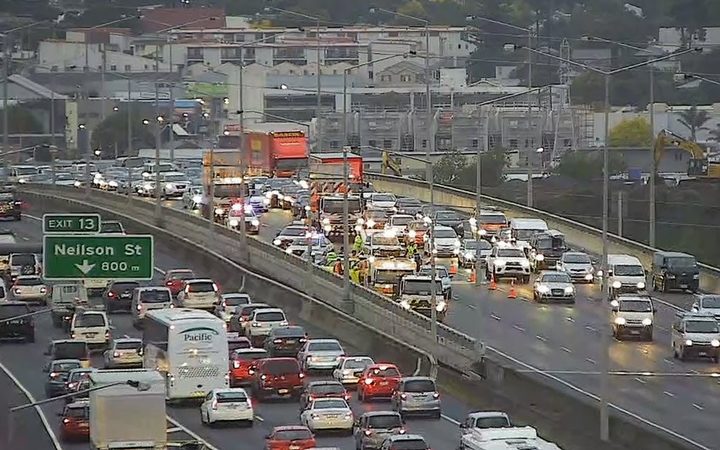 Emergency services were called about 7.15am to the scene of a serious crash involving a truck and a bus on Waitākere Road in Auckland.

The bus was on its way to start its run and was not carrying any passengers when it collided with the truck.

Police said one of the drivers died and the other received moderate injuries and was treated by ambulance staff.

Part of the road was still closed by 11am. Police asked motorists to avoid the area.

Meanwhile, two other crashes on main highways in the city caused traffic disruption.

A multi-vehicle crash about 6.50am blocked two of the four southbound lanes of Māngere Bridge this morning, and led to delays which at their peak reached as far as the Waterview Tunnel.

Although it was cleared by 8.20am, traffic remained heavy between the bridge and Maioro Street until at least 9.50am.

An earlier crash about 6.35am on Northwestern Motorway also blocked the centre eastbound lane near Hobsonville onramp, but that crash and all congestion had cleared by 7.45am.