One of Wellington's largest street festivals has announced it is moving indoors in the wake of the Christchurch terror attacks. 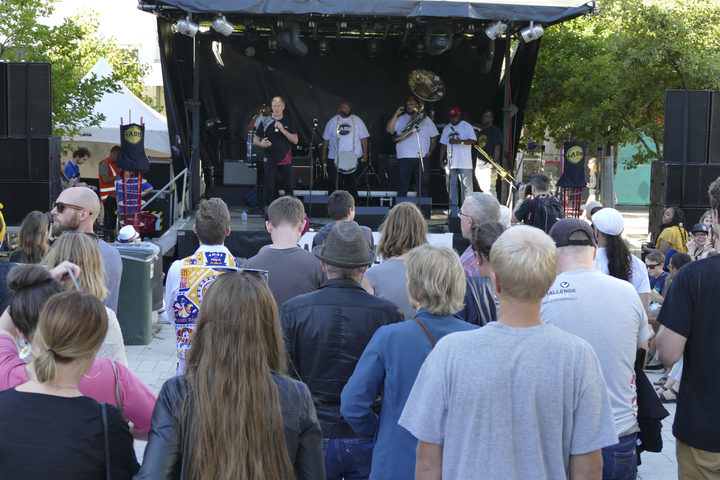 The Free Agents Brass Band playing at Cubadupa in 2018. Photo: cc-by-2.0 / US Embassy from New Zealand

CubaDupa is run by the Creative Capital Arts Trust and its chair Tim Brown said holding a street festival amid public concerns was impractical.

He said the festival's music slots and performances will be staged indoors.

Organisers are working on an alternative programme in venues within the Cuba Street precinct during the two-day programme at the end of March.

"We have a large number of artists who have been preparing for this for a long time.

"We are going to put on a brilliant show and I hope the people of Wellington and the many visitors will turn out and enjoy the performances and show their solidarity."

Wellington Mayor Justin Lester said the festival was a highlight of the capital's calendar.

He said he was looking forward to the off-street programme.

"We fully support the decision the Creative Capital Arts Trust has made and will continue to support them in delivering a great event, albeit a scaled back version."