The Ministry for Primary Industries is investigating the treatment of cattle transported across Cook Strait yesterday. 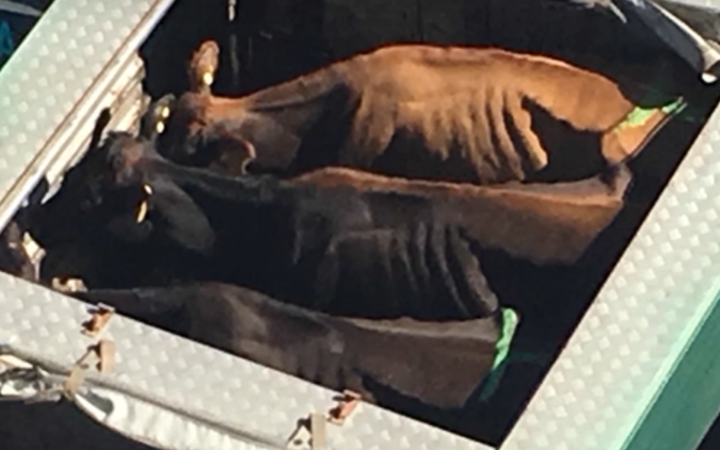 Ben took photos of some of the cattle that he saw on the ferry. Photo: Screenshot

Photos have emerged of cows appearing emaciated, in full sun, with their ribs protruding.

It's understood the cattle were destined for an abattoir but one passenger, Ben, who was on board the ferry between Picton and Wellington - told Checkpoint that they were in no condition to travel and it was a very upsetting sight.

"These cows looked fairly emaciated, like hip bones sticking out and you could see every individual rib, and just bones everywhere really, it was just like bones with skin on it."

Ben said he grew up on a dairy farm and knows what a healthy cow looks like.

He said he would like to see a lot less industrial farming in New Zealand and reducing herd numbers and managing farms properly can fix problems such as cattle feed shortages.

The Ministry for Primary Industries has refused to comment any further than to say it's investigating.