An elite girls school in Auckland is reviewing its uniform policy, after facing criticism for considering hijabs a violation of its dress code. 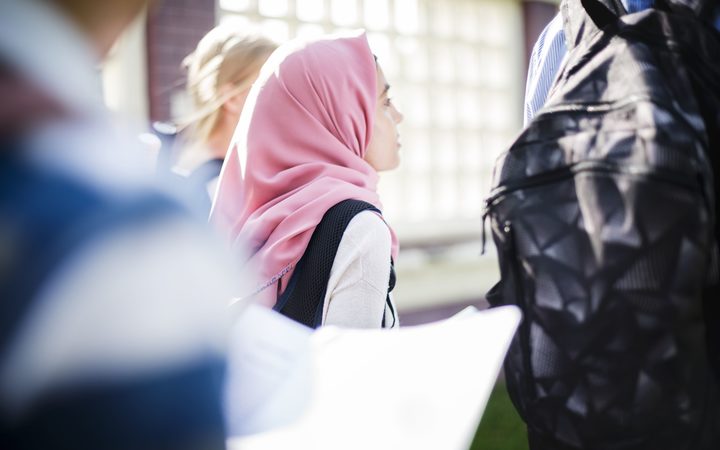 A teacher at Epsom's Diocesan School for Girls, who wishes to remain anonymous, said two muslim students were told visible religious items were against school policy.

He said the school was not being inclusive, especially in the wake of the Christchurch terrorist attack that had led to national calls to support the Muslim community.

Yesterday, the principal of the private anglican school, Heather McRae, said the school community could propose changes to the uniform, but she was yet to receive a formal request.

In a statement on the school's Facebook page today, Ms McRae said the community's response to the policy forbidding students from wearing hijabs had been overwhelming, with people expressing views both for and against the ban.

"We value the views of our community, we have listened and are reviewing our uniform policy," she said.

The school would observe two minutes silence this afternoon and is supportive of the Scarves in Solidarity event today, Ms McRae said.

"Any girl or person who wants to show their respect for Muslim families affected in Christchurch by wearing a hijab to school on this day is most welcome to do so," Ms McRae said on the Facebook post.

"Along with all New Zealanders, we were devastated by the events last Friday and we are thinking of the Muslim community in Christchurch and those families suffering loss."

St Cuthbert's College has changed its uniform policy in the wake of the Christchurch tragedy.

Principal Justine Mahon said until now, individual expressions of religious belief have been confined to small items at the non-denominational Christian school for girls in Epsom.

"However, I believe that after last Friday, we need to follow the example of our young prime minister and show leadership," Ms Mahon said.

"If our Muslim girls at St Cuthbert's would like to wear a hijab at school, we would be supportive of that."

Ms Mahon said if schools can make young people more aware of other people's beliefs, they should, but it was up to individual schools to determine how.

Baradene College of the Sacred Heart - a Catholic school in Remuera - said any Muslim girls attending the school would be allowed to wear the hijab.

Principal Sandy Pasley said the school had talked to students who wished to wear hijabs today, to ensure sensitivity to Muslims.

"The teachers are always very supportive of the girls and keen to engage in conversation," Ms Pasley said.

"Our students learn about different religions and visited a mosque here in Auckland a few weeks ago."

Girls could wear a hijab or a colourful scrunchy as part of the Scarves for Solidarity relief drive for victims' families today, she said.