The son of a security guard killed by a single punch says his father's death has left a hole in his heart. 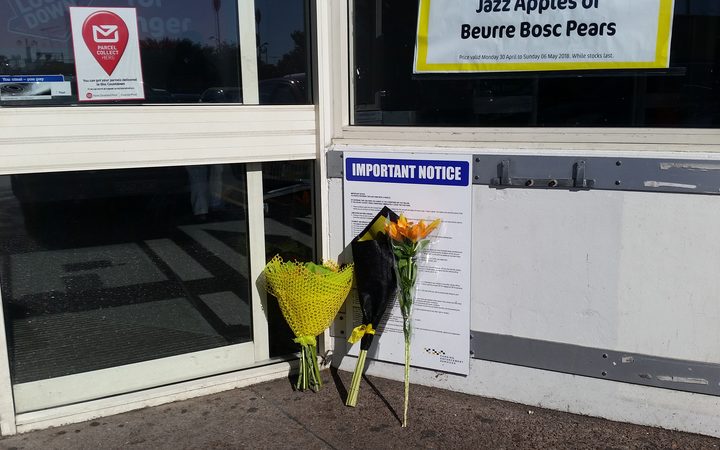 Goran Milosavljevic was punched in the head at a Papakura supermarket on 2 May, 2018, as he tried to stop 17-year-old Sydney Jayden Kokiri.

He later died in hospital.

Now 18, Kokiri pleaded guilty to manslaughter in December and appeared in the High Court in Auckland for sentencing this morning.

After alarms went off at the Countdown Supermarket in Papakura, security guard Mr Milosavljevic moved to stop the teenager trying to steal a charity donation box and a box of razors.

A punch was swung his way and he hit the young man before following him and grabbing him by the neck, pushing him up against the store's front window.

Kokiri's next response has now landed him two years in prison.

"You turned back to Goran and punched him in the side of his head with your closed fist," Justice Jagose said

"Goran fell to the ground where he hit his head on the concrete pavement. Your mother encouraged you to leave the scene and you ran down the road."

As Kokiri fled, Mr Milosavljevic was taken to hospital where he was later joined by his two sons, aged 20 and 15.

In his victim impact statement, read aloud by crown lawyer Evan McCaughan, Mr Milosavljevic's youngest recalled how a neighbour had taken him to hospital after school.

"I don't usually pray to God for solutions to the problems in my life because I know I need to work for the solutions. But that day I did, I prayed for my dad to live."

However in the early hours the following day, his father passed away.

"I was absolutely shattered after losing my dad; I felt the combination of anger and sadness and I'm afraid that these feelings are never going to disappear."

Mr Milosavljevic moved to New Zealand from Serbia to work and had jobs as a baker, a hospital cleaner, and a security guard.

His sons stayed in Serbia, living with their grandparents, however when both died in a car crash they joined their father in New Zealand in 2017.

The eldest son, 20, said it was impossible to put into the words how he felt and what the impact of losing his father had been.

"If I have to describe my feelings: Miserable, angry, sad, depressed. I was broken, I am still broken after almost ten months and I know I will always have a hole in my heart.

Justice Jagose said the victim's family had been left broken, far from family, and had their lives in New Zealand turned into a horrible nightmare.

"Mr Kokiri, I do not need to emphasise the enormous pain you have caused these already traumatised men finding their place in New Zealand. I take that impact into account in determining your sentence."

Kokiri's lawyer, Ish Jayanandan, told the court her client had been using methamphetamine and had been exposed to violence from as young as five.

"By his own admission he has witnessed nothing but violence throughout his upbringing. Matters that other children would not be exposed to, he was exposed to - be it drugs, be it violence, be it gang involvement. To some extent violence has been normalised."

She said her client was incredibly remorseful and was already working to change and learn how to deal situations.

Kokiri can apply for home detention if an appropriate address can be found.