The family of a young woman, left widowed with two small children the Christchurch mosque attacks, are pleading with the government to let them stay beyond their visitor visas, and support her. 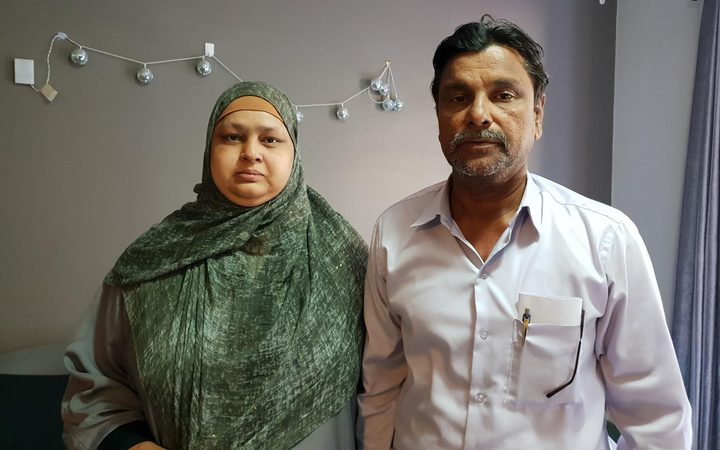 Insha Aziz has a 2-year-old daughter and an 8-month-old son. Her husband, 30-year-old Farhaj Ahsan, was one of the 50 people who died in the attacks on two mosques.

They are worried about how the 24-year-old widow will look after two young children without help, and without the income her husband was bringing home.

Despite being grief-stricken, and desperate to have Mr Ahsan's body released, they are already worried about how their daughter will cope.

The couple hope to be able to stay in New Zealand to help their daughter raise her children until they were old enough to go to school.

The relative who lives nearest to Mrs Aziz is her uncle Jamsheel Ahmed, who is based in Canberra.

Despite not having any family in the country, Mrs Aziz does not want to leave Christchurch or New Zealand.

"It was my husband's dream that our children would grow up here, because this is their country."

Mrs Aziz's parents have flown in on visitor visas but could apply for a grandparent visitor visa which would allow them to stay for up to six months at a time, with maximum total stay of 18 months in three years. But Mrs Aziz said she would need them for longer and hoped they her parents would be allowed to stay at least until her children were old enough for her to go to work.

"Now that I have to manage things alone - and I know I can do that, I have to, I will - I need some support.

"It is going to take some time to accept that he is no more, and I have to do it all by myself but until then, maybe until my kids are a bit older, I just want my parents to be with me all the time, because I don't think anyone can support me like they can."

Farhaj Ahsan's father, Mohammed Sayeeduddin, and mother also arrived in Christchurch on Monday. Their son had come to New Zealand because it was a peaceful country, Mr Sayeeduddin said.