Thousands of library visitors, a locally-owned cafe and 160 council and library staff are among those displaced by the closure of Wellington's Central Library. 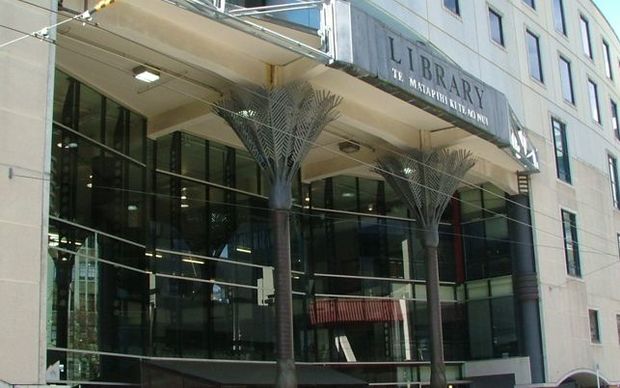 The Wellington City Council has confirmed it could be years before the Central City Library is re-opened, after it closed its doors until further notice last night after receiving a new engineering report on Monday.

The decision was made following guidelines released by the Ministry of Business, Innovation and Employment (MBIE) in November on precast concrete floors.

Wellington City Council chief executive Kevin Lavery said the council was acting on a report received by engineering advisory company Aurecon, which found major concerns in the building's performance if there were to be a major earthquake.

"They were concerned about the fixings to the seatings that house the precast concrete floors," he said.

Mr Lavery said these were real concerns as the civic administration building twisted and its floors cracked during the Kaikōura earthquake and at CentrePort, Statistics House had two floors collapse, with similar precast floors.

Mayor Justin Lester said the library, which opened in 1991, has 3000 visitors every day, including 500 children, which was why it needed to close.

"I want to stress we're not legally obliged to close this building, because from a legal perspective nothing has changed, we are morally obliged," he said.

Library users were informed by staff yesterday of the closure.

"I didn't realise it was indefinite I just thought it was for a few days or something, it's quite shocking really," library user Belinda Veitch said.

"I'm quite surprised and disappointed as well, it is my favourite building in Wellington, I spend a lot of time here and it's a big loss for students like me," another user, Magaraj Krishnan, said.

The council is currently finding alternative locations for its 350,000 books, DVDs and other library material, as well as 160 library and council staff. 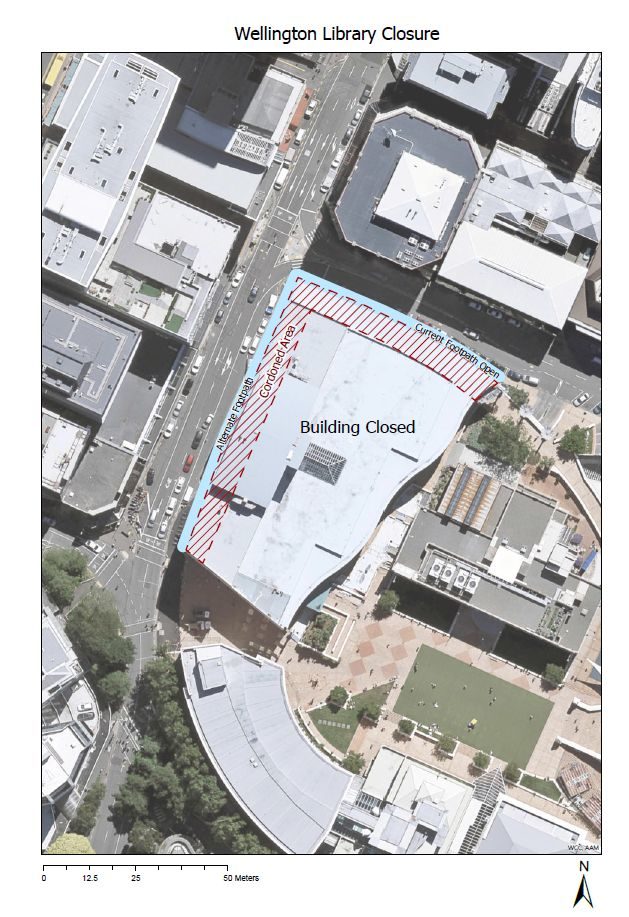 "Our goal is to have more than one service point within the CBD providing access to the full collection perhaps through a click and collect system, because we will not find a building where we can put 350,000 items back into," she said.

The carparking building will also be closed, as well as the local Citizens Advice Bureau and Clark's Cafe.

Clark's Cafe owner Samuel Huy only found out about the closure of the building a few hours before the council's announcement.

Anyone who may have a premisses for Clark's Cafe can contact Mr Huy at clarkscafe@gmail.com

"Waking up this morning I just thought it would be another Tuesday, next minute you realise you might have to let staff know there might not be another job going for them tomorrow and there's no job for yourself tomorrow," he said.

He said he has poured his heart and soul into the business for 10 years and a lot of his current staff have been working with him for the past four or five years.

Mr Huy said he's trying to find a new premises, but is still trying to process what has happened.

He said he understood the council's decision and as their last gesture, the cafe donated all their food to the local homeless shelter.

In the meantime, before work can even begin, the council said it would take months before a decision would be made on what strengthening work was needed.