Health experts warn the latest outbreak of measles could once again make the virus endemic, if not enough is done to prevent its spread. 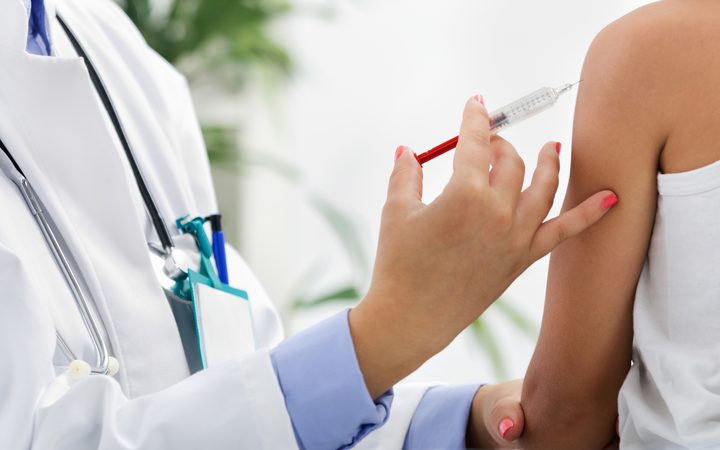 An expert says the uptake of vaccinations will determine whether measles will once again get a foothold in the country. Photo: 123RF

Forty-nine cases of measles have now been confirmed this year, with about 30 of the cases being in the Canterbury region.

In 2017, New Zealand was rid of endemic measles for the first time, meaning any new cases are brought in from overseas.

ESR public health physician Jill Sherwood said history showed the uptake of vaccinations would decide whether measles would once again get a foothold.

"In 2009, when there was an increase in measles cases, there was a huge push to get particularly children vaccinated, to get people caught up on their vaccines and the cases dropped down," she said.

"Measles was still endemic then, but the epidemic didn't take off the way it did for instance in 1991."

There were more than 900 hospitalisations in the 1991 epidemic and seven deaths.

Dr Sherwood said many people thought of measles as a common childhood illness, but they did not understand how high the death rates were when it was widely circulated.

She said the susceptible pool of people not immune got bigger over time.

"We're constantly getting new people getting in to the population because we have babies who won't be immune, plus we have people coming into the country and we have a low vaccination rate in older teenagers and young adults, if the virus finds a group that's got a low vaccinate rate, we really run the risk that it will take off," she said.

She said the fact measles were once again becoming endemic in other countries was an extra challenge.

"Canada, the United States, Australia the United Kingdom, there's also big outbreaks that's been occurring in various European countries as well and that's on top of places who haven't been able to get rid of the virus," she said

She recommended people check they have been immunised if they were born after 1969 and said it was possible those who have come to New Zealand from overseas to search their country of origin's vaccination schedule to check as well.