By Chris Morris for the ODT

Crusaders rugby fans are being urged to stay away from Forsyth Barr Stadium if they are sick this weekend, after a second case of measles was confirmed in Dunedin. 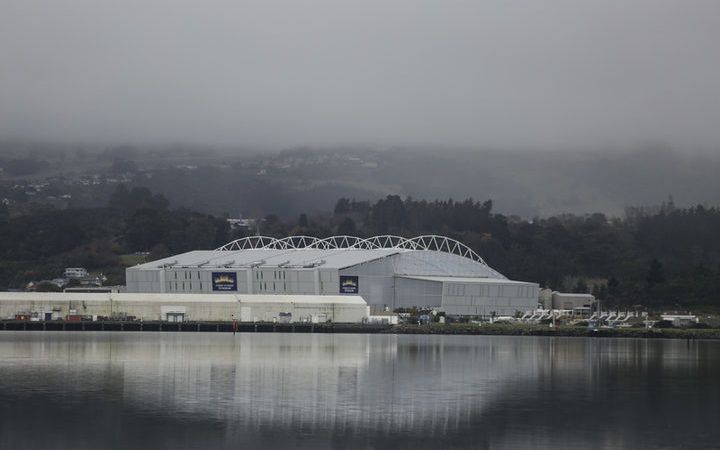 Crusaders rugby fans are being urged to stay away from Forsyth Barr Stadium if they are sick this weekend. Photo: RNZ / Rebekah Parsons-King

The patient was no longer infectious, but authorities were still working to trace some of the 30 people believed to have come into contact with them - 14 of whom might need to be isolated, Dr Poore said.

It comes as the number of confirmed cases in Canterbury is 28, while Auckland authorities say there are two new cases in that area.

With Crusaders rugby fans heading to Dunedin for this weekend's Super Rugby clash with the Highlanders, Dr Poore advised those with symptoms of illness to stay at home.

A crowd of more than 20,000 was expected, and about 5 percent of tickets already sold had gone to Crusaders supporters, a Highlanders spokesperson said.

Measles is a highly infectious viral illness spread through coughing and sneezing, but symptoms began with a cough and runny nose before a rash developed.

People were infectious from five days before the onset of the rash to five days after the rash started, and medical advice was for people to remain in isolation - staying home from school or work - during that period.

Dr Poore said that included rugby fans who were sick, who should stay away from crowds including Saturday's match.

The warning came as confirmed cases in Canterbury's measles outbreak rose to 27, amid suggestions about 100,000 people across the region would need to be vaccinated.

Authorities had responded by accelerating the immunisation timetable for MMR (measles, mumps and rubella), which usually saw the first dose available at 18 months and a second dose at 4 years old.

Children in Canterbury could now be given the first dose at 12 months and the second dose one month after that, while parents of younger babies were warned to stay away from the region if the outbreak spread.

Dr Poore said there were no immediate plans to follow suit in Dunedin, as the southern region did not yet have the same spike in confirmed cases.

It was an option if evidence suggested the move was appropriate here, she said.

In the meantime, people should check with their doctors to see if they and their children were up to date with their immunisations.

Those that were not fully vaccinated should make sure they were, to prevent the spread of the disease, she said.

She could not say how many people in Dunedin - or across Otago and Southland - might need additional vaccinations, but immunisation rates among children here were high, at 93% of 4-year-olds.

The aim was to have 95 percent of people vaccinated, so ''we are not far off'', she said.

Asked if Dunedin could expect an outbreak like that in Canterbury, Dr Poore said it was ''possible'' more cases could be on the way but ''time will tell''.

''It's possible we will see more cases, but it's really hard to predict what that's going to look like,'' she said.

Public Health South officials were working closely with the primary care sector to ensure any new cases were brought to their attention quickly, to prevent the spread of the disease, she said.

Advice would also be provided to schools and early childhood centres, although there was not yet any need for children not yet immunised to stay away, she said.

If the pace of immunisations needed to be accelerated here, the city would have to deal with the same shortage of vaccinations being faced elsewhere, she said.

But the lack of cases in Dunedin so far gave the city some breathing space, she said.

*This article was first published on the Otago Daily Times website. Additional reporting by RNZ.