A fire at a construction site in central Auckland this morning sent plumes of smoke billowing from a high rise building. 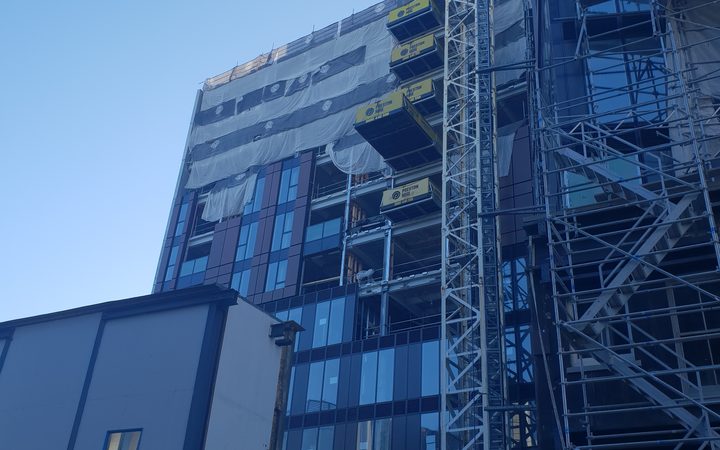 Fire and Emergency were called to Graham Street at 8.20am.

The fire was in a lift shaft on the 10th floor, currently the top floor of the partly constructed building.

Auckland city station officer Ali Rodger said Fire and Emergency received several calls to the building but staff had used a hose reel and dry powder extinguishers to put it out before they arrived.

No-one was injured and all the evacuated workers were allowed back onto the site.

An investigator will examine the cause of the fire.