A man remains in Dunedin Hospital with head injuries from an assault at a Six60 concert on Saturday night. 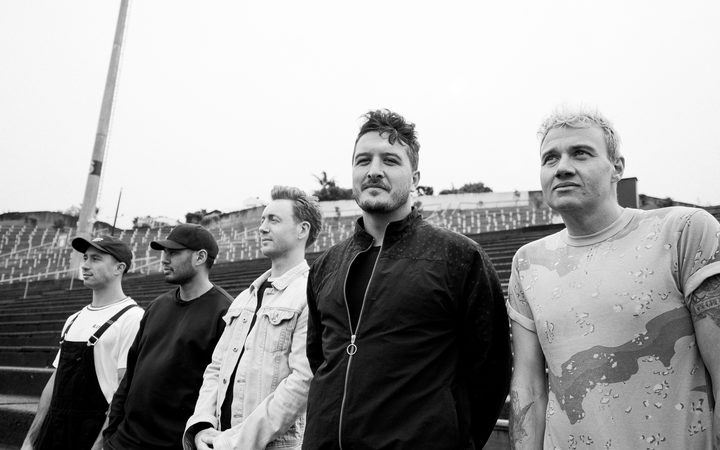 The assault happened in a queue to buy alcohol at Forsyth Barr Stadium at the concert, and police are urging witnesses to come forward.

Senior Sergeant Craig Dinnissen said the victim did not know the 29-year-old accused of attacking him in a serious assault.

"[It was an] unprovoked attack on the male in one of the alcohol serving areas," he said.

"The victim was knocked to the ground and repeatedly beaten by this offender. So he's still currently in hospital."

The victim suffered head injuries as a result of what Mr Dinnissen described as a "coward's punch".

Two others were also arrested following the assault.

"Police are still looking for witnesses in relation to that so if anyone has information to come forward and help us," Mr Dinnissen said.

"If anyone's got cellphone footage or anything like that then please come and assist police in holding these people to account."

The 29-year-old man, who court documents described as a scaffolder, faced one count of causing grievous bodily harm - a charge carrying a maximum sentence of 14 years.

A 23-year-old man had been charged with fighting in public and possession of cannabis.

A 32-year-old man had been charged with assaulting police, resisting arrest and obstructing officers also stemming from the incident.

Mr Dinnissen said all three were known to each other.