The fight to stop a special housing area earmarked for near Queenstown's main highway is far from over, a campaigner says. 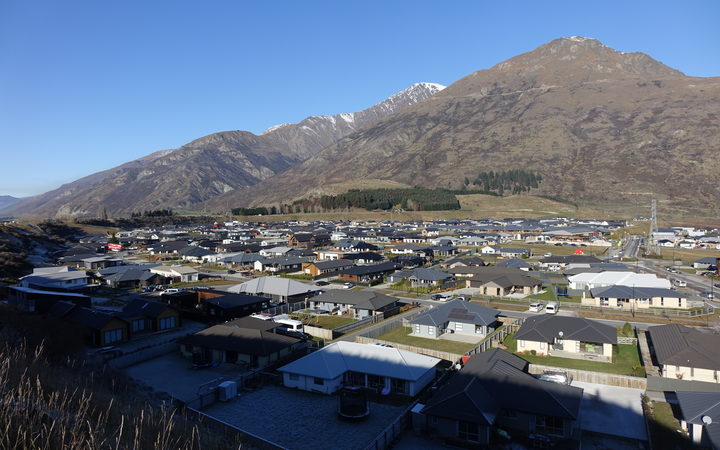 The Shotover Country development is among recently established housing areas in Queenstown that are now jam-packed. Photo: RNZ Insight/Timothy Brown

Queenstown Lakes District Council decided to defer its decision on the controversial Laurel Hills development until next month.

By deferring the decision, the 156-house proposal could appear alongside four other special housing areas the council is expecting to receive.

Council staff had earlier recommended that the proposal be given the green light to start negotiating a stakeholder deed. The majority of more than 300 submissions to the council opposed the development.

Queenstown resident Justine Farquharson said the community welcomed the breathing room, but would be ready to make their voices heard at the meeting.

"I think it shows a confidence for community members that the council has actually gone 'OK, we're going to put the brakes on, we're going to hear and really think about this before we go ahead and do it' as opposed to going ahead and doing it and letting us live with it," Ms Farquharson said.

People were spilling out of the council's meeting on Thursday afternoon.

Laurel Hills project director Tim Allan said the special housing area was part of the solution, not the problem. He was among those at the meeting and spoke during the public forum.

If all five special housing area proposals are received, the council could consider the fate of more than 2500 houses at its next full meeting on 18 April.