A well-worn and well-loved inner west Auckland suburb is set to get its first taste of revitalisation after years of neglect. 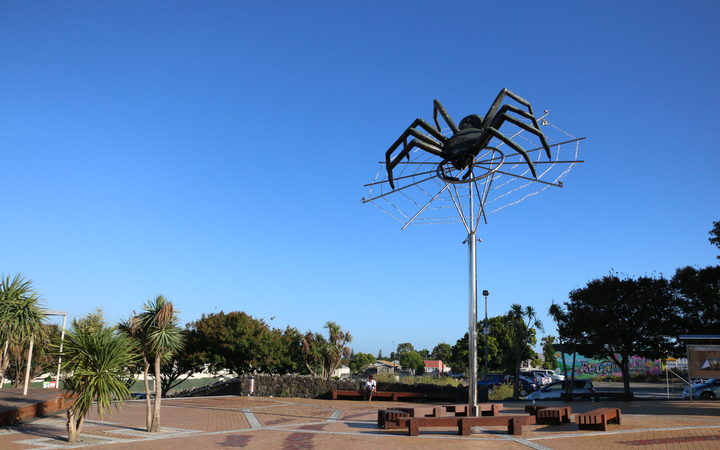 The square where new community centre is likely to be built. Photo: RNZ / Eva Corlett

The location for Avondale's $21 million community centre has been proposed - right in the heart of the town centre, next to the looming sculpture of an Avondale spider.

Avondale - known for its spiders, its market and the art deco Hollywood Cinema - is just 20 minutes west of the city centre. Surprisingly, it has managed to escape the same level of gentrification as places like neighbouring New Lynn, but its store fronts are tired and its facilities ageing.

Now, the Avondale community is determined to dust off the cobwebs.

For seven years, the existing community centre and library have been partially closed off due to black mould, Whau Local Board chair Tracy Mulholland said.

The proposed site for the brand new facility faces the street, with its back to the racecourse behind.

It's a significant move for the suburb, she said. 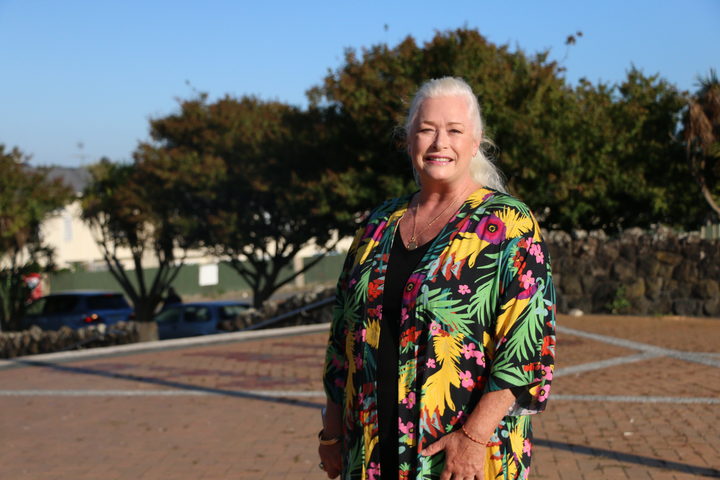 Funding for the facility was agreed on in 2018 through Auckland Council's 10-year Budget. It's part of a programme called Unlock Avondale, which will also see improvements in transport, housing, and public spaces.

The board has been pushing the council for the centre for some time, but that advocacy has really ramped up in the last couple of years, Ms Mulholland said.

"I think sometimes what it takes is for a community to really speak up," she said.

"It does take a change of guard to go 'hey, wait a minute, this is not acceptable and [from the] ground up this needs to have action'."

Ms Mulholland urged the council to move quickly with the development.

A small number of businesses and organisations including the Salvation Army store will have to move if the development goes ahead. 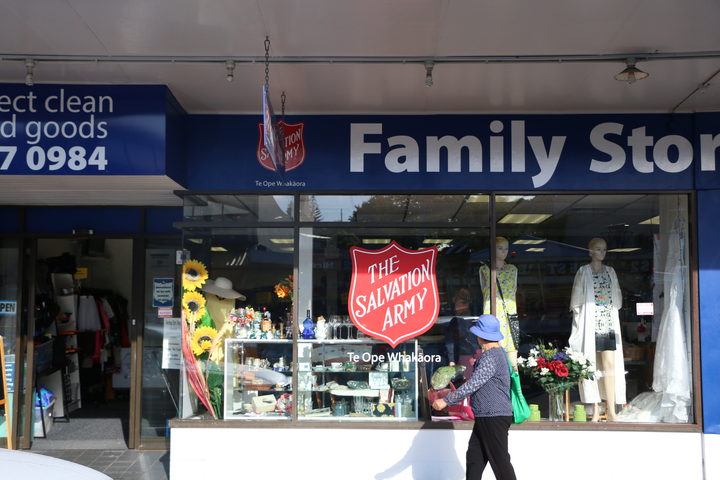 The Salvation Army store will have to move elsewhere if centre goes ahead at that site. Business Association chair Marcus Amosa says efforts will be made to relocate the businesses within the township. Photo: RNZ / Eva Corlett

One of the store's born-and-raised Avondale volunteers Eileen Roberts said it would be a shame to lose the store that offers cheap options.

"We supply the people in Avondale with goods, furniture, clothing and their spiritual needs."

Ms Roberts would like to see a new community centre placed slightly up the road next to the primary school.

Her colleague, who wishes to remain anonymous, said Avondale is in need of a spruce up.

"It would be good for Avondale as a whole, it is so central to every part of west Auckland, so it would be a great place to get upgraded.

"It's about time anyway," she said.

A local man, David Ward, moved to the area with his family one year ago.

"It's a tricky thing that you don't want it to get so gentrified that people get pushed out.

"But I'm excited to have a bit more of a public space down here and easy access to the library."

Avondale Business Association chair Marcus Amosa said the facility was the first step in revitalising the town centre. He said it could encourage people to make more use of the businesses and public spaces. 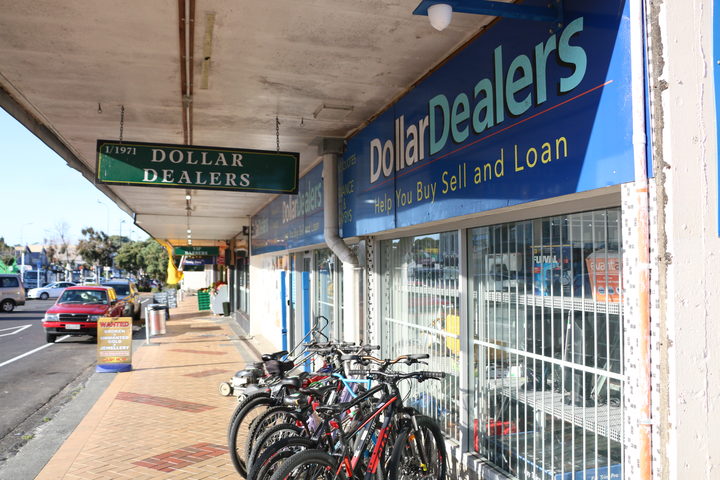 Shops that would be bowled for the new development Photo: RNZ / Eva Corlett

"It's a boost to everyone's morale."

He said a new generation of locals were coming together to advocate for Avondale.

"You wouldn't be able to tell by looking at it visually, but there are a lot of people in the community that are passionate about what goes on in Avondale."

Efforts would be made to relocate the affected businesses within the township, he said.

"It's been a big focus for me, ways to make sure that transition doesn't affect them so much."

The community will be consulted over what they want included in the facility over the next couple of months. Designs for the centre are due at the start of next year.