Wellington's beaches and a well-known gathering place for smokers may soon be off-limits to smokers and vapers. 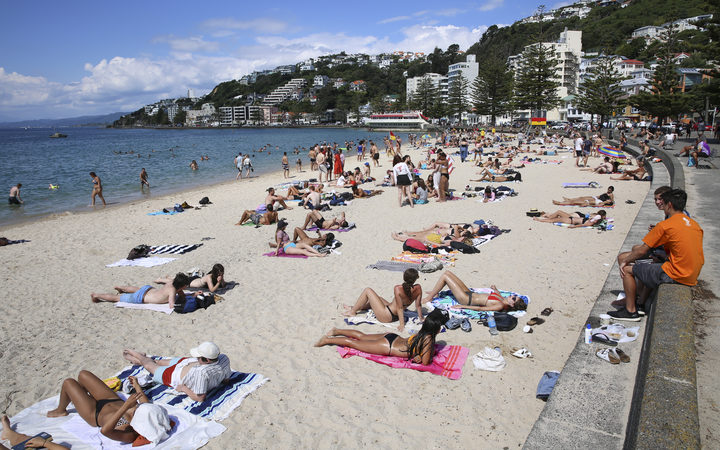 The city's councillors are voting on a proposed plan to make all beaches along the coast from Oriental Bay to Owhiro Bay smokefree areas.

The same would apply to the Grey Street pedestrian area in the CBD.

Councillor Brian Dawson said the plan was part of the council's commitment to having no more than 5 percent of people smoking by 2025.

He said the majority of the public wanted more smokefree areas and he expected the proposal would be passed.

Mr Dawson said most people did respect smokefree areas even though there was no enforcement.

"There will always be a hardcore, relatively arrogant few who will think, 'stuff you, I'm going to huff away to my heart's content and not have any mind for anyone else'," he said.

"We're still a way away from the five percent goal so [in the] longer term we're going to think about how to shift some of these hardcore smokers."

Mr Dawson said vaping would also not be allowed in the smokefree areas.

"Nobody wants to be walking down the road and be enveloped in their haze of vape, regardless of whether it smells like raspberry and lemonade or not," he said.

Mr Dawson said the council was taking a thorough look at vaping.

While it was a good transition for smokers to use to stop using cigarettes, Mr Dawson said research had shown that it was not completely harmless.

Wellington councillors will vote on the proposal next Thursday.

A central government law change would be required to ban smoking in public areas entirely.