A record-breaking number of visitors have started to descend on Wellington, as the capital braces for its busiest weekend to date. 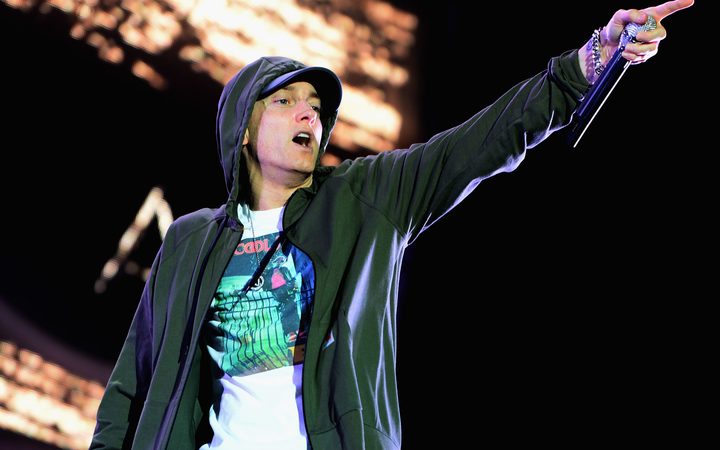 Eminem performs at Samsung Galaxy stage during 2014 Lollapalooza Day One at Grant Park on August 1, 2014 in Chicago, Illinois. Photo: AFP

The Eminem RAPTURE concert has attracted 25,000 people from out of Wellington, which breaks the record set in 2017 for most out of region visitors, when around 20,000 Lions fans attended the All Blacks test match at Westpac Stadium.

The 45,000 people expected at the Eminem concert will also set a new record for the most people at a one-day event at Westpac Stadium.

The concert coincides with student orientation week events and the Newtown Festival on Sunday, which attracts up to 90,000 people.

Hotels have reported they are already sold out for Saturday night, and restaurants, cafes and bars are already heavily booked, the Wellington Hospitality Group chief executive Jamie Williams said.

"I'm confident staff will do a fantastic job, even though they will be rushed off their feet. Patrons may need to be a little more patient than usual but that's a small price to pay for being part of a fantastic Eminem weekend that will linger long in the memory."

People heading to the Airport on Sunday should avoid Newtown and consider heading through Brooklyn and taking the long route around the south coast, to avoid the worst of the congestion, Ms Procter said.

They should also add an extra hour to their Airport journey as it will be busier than usual, with over 70 more flights.

There will road closures around Courtenay Place from 8pm on Saturday 2 March until 4.30am on Sunday 3 March.

There will also be extensive road closures in Newtown for most of Sunday.