The so-called "mega-mast" which could unleash predators on native species looks like it's happening and the Department of Conservation (DOC) has been out in South Island forests to confirm the size and extent of it. 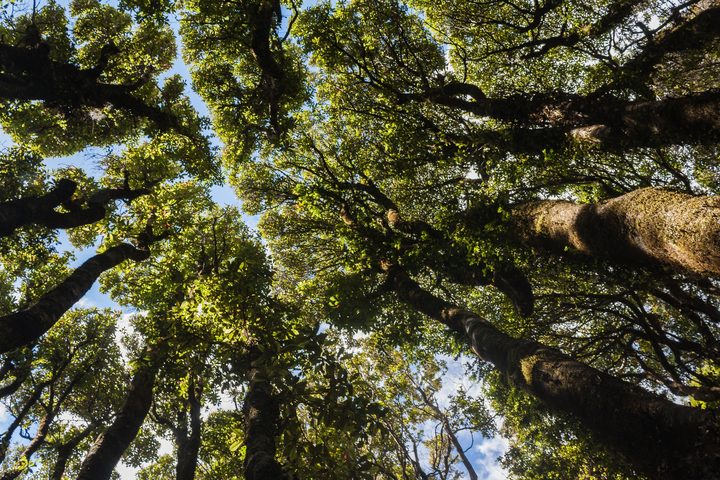 A Department of Conservation has been out sampling South Island forests to confirm the size and extent of the mast. Photo: 123RF

In January, DOC scientist Graeme Elliott said based on current predictions and historical climate records, it was looking like the most extreme mast for 20 years.

DOC Landscapes Manager Predator Free 2050 Peter Morton now says: "A DOC monitoring team has been busy over the last few weeks sampling seed from beech and rimu forests throughout the South Island to confirm the extent and size of the mast.

"While we won't have the final results of this work for several weeks, we've counted a large amount of seed everywhere we've looked so far, consistent with a big mast event."

Once the beech seed fell from trees in autumn it would fuel a rapid increase in rodent numbers, he said.

DOC would monitor rodent levels using tracking tunnels at all sites that had been identified as priorities for predator control.

This year DOC is planning predator control over about one million hectares - about 12 percent of conservation land - in response to the mast. That includes more than 66,000 ha of trapping. 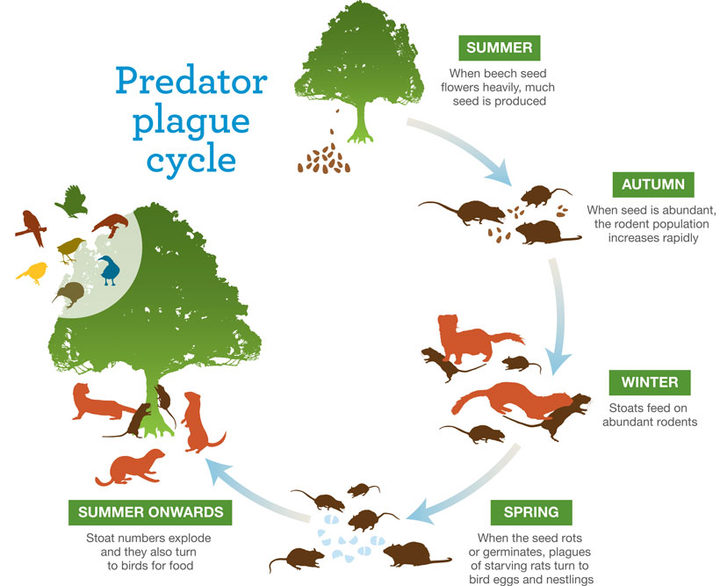 Predator control at priority sites was at an advanced stage of planning but aerial 1080 operations would only proceed if rodent trigger levels were reached, Mr Morton said.

The aerial 1080 programme would begin in late autumn and was timed to knock down rodent populations before they reached plague levels and protect native birds before they bred in spring and summer when they were most vulnerable.

People could help by trapping predators in their backyards and joining groups that supported trapping networks in nearby reserves and bush areas or in front-country conservation areas, Mr Morton said.

Despite the threat of predator population booms, forest masts did have benefits, Mr Morton said.

They provided native species extra resources because they put more flowers and seed into the forest ecosystem.

"At a time before mammalian predators were introduced the forest mast was a boon to native wildlife. Today, it still provides food for insects, lizards and birds and boosts breeding for forest birds like kākāriki, robin/toutouwai, rifleman/tītipounamu and mohu/yellowhead. Kākāpō rely on rimu fruiting to breed and this year is proving to be a bumper breeding season.