By Sam Thompson for SunLive

Campers at a Tauranga boat trailer park say they are homeless not freedom campers. 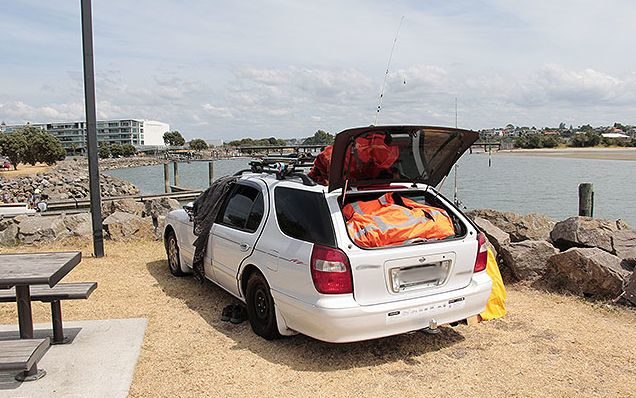 This follows 18 complaints laid to the Tauranga City Council by nearby residents concerned about a gradual takeover of the boat trailer park at Tauranga's Sulphur Point by campers threatening residents and leaving rubbish lying around.

The campers have also denied claims they have been aggressive towards nearby residents.

Addison Melville was one of those campers until recently.

He said about 10 people living at Sulphur Point in their cars or vans became homeless for a variety of circumstances.

"We all got together and decided to pick Sulphur Point to live because it's the safest place with running water and there's a toilet there that's open 24/7," Addison Melville said.

"It's really convenient because we are out of everyone's way.

"Being homeless we didn't want to be in anyone's hair like people in Tauranga's CBD constantly asking for money.

"Most places we go to stay people actually mess with people like us who've ended up in this situation.

"These people living out of their vans at Sulphur Point are not freedom campers avoiding the rules, they are just homeless people trying to live and get by.

"Quite a few of them are actually working to try and better their situation, but it's quite hard doing that out of a van or cars."

Mr Melville said some of the people there were working with the People's Project to get into accommodation.

He said he recently found accommodation through it and has now moved to Auckland.

The People's Project works with the homeless to house them and provide wrap-around services to get them back on their feet.

The organisation has confirmed they were working with some of the people at Sulphur Point.

Mr Melville said some of them have been at Sulphur Point as long as eight months.

"It's due to the housing crisis," he said.

"It's hard to get into a flat these days.

Mr Melville denied they had been confrontational with nearby residents or people coming to the park.

He said if anything it was the other way around.

Meanwhile, Tauranga's freedom camping rules have been up for review.

The proposals include closing freedom camping at a number of sites including Sulphur Point, Macville Park and Omanu Surf Club car park.

The council said these areas have increased in popularity and to ensure public access they are no longer suitable for freedom camping.

That's to ensure freedom campers only take up one car park, so that everyone has fair access to the park or reserve.

This story was first published by SunLive