Junior doctors will sit down with health boards today in a last-ditch attempt to resolve their employment row as their latest 48-hour strike comes to an end. 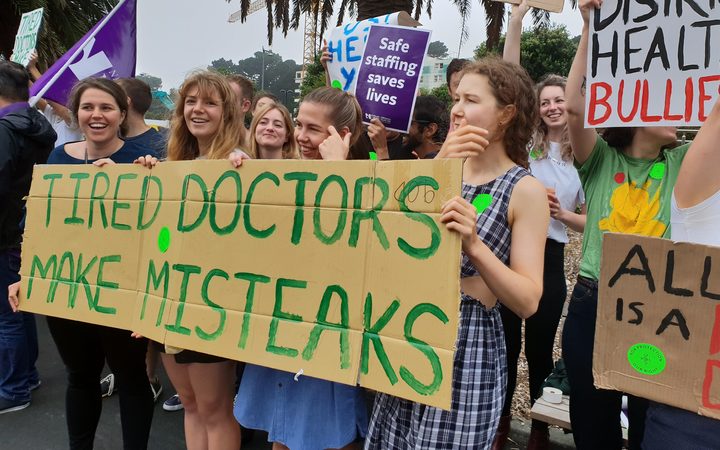 It's the final day before the doctors' hotly debated current employment contract lapses for good.

Mediator-assisted talks between the doctors' union, the Resident Doctors' Association, and District Health Boards have stepped up in recent days.

The parties met last on Thursday 21 February, on Tuesday 26 February, and will meet again today.

Talks are expected to continue if an agreement is not reached by the time the contract lapses late today.

But if there is no deal today, union members could be offered new contracts on different terms when they change hospitals as part of their training, or earlier.

Neither side is commenting while talks continue.

Meanwhile, the doctors will return to work at 8am today after their latest 48-hour strike.