Firefighters have contained the blaze burning in a forestry block near Milton, in Otago. 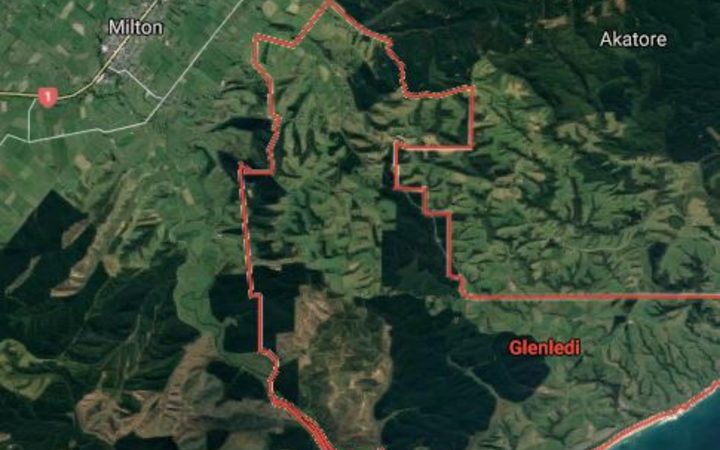 The first crews on the scene found a 300m by 300m fire burning underneath mature trees in the rural Glenledi area. Photo: Google Maps

Fire and Emergency were alerted to the fire about 6.45am.

At its peak a 400m by 350m fire was burning underneath mature trees in the rural Glenledi area, about 60km south of Dunedin.

Eleven fire crews, four helicopters and a specialist command unit from Dunedin were fighting the fire.

A Fire and Emergency spokesperson said three rural fire crews and a commercial forestry crew were also at the scene.

"There's no immediate or obvious cause so police and a specialist rural investigator are heading to the scene."

No buildings were damaged or threatened by the fire as it was burning in an isolated rural setting.