A man who led the police on a high-speed chase close to two Auckland schools has pleaded guilty to three driving charges. 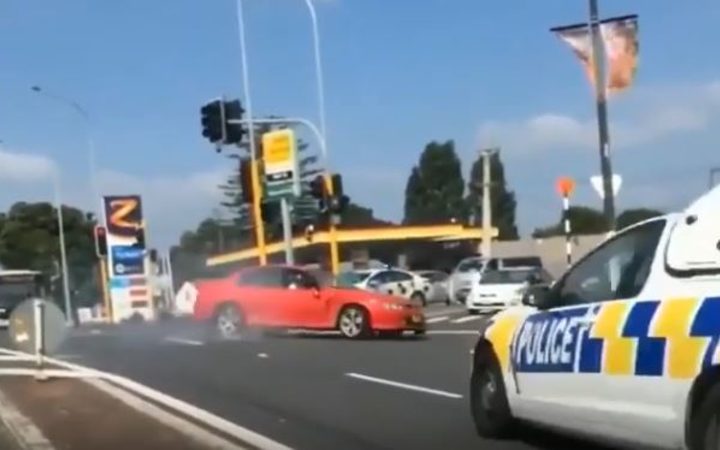 A red Holden sped across Auckland on 31 January as police chased after the car. Photo: Facebook

Late last month, police received reports that a man had shot a gun on the North Shore.

He fled the scene, driving through the city before arriving in South Auckland.

Police shot at the car at a busy intersection in Manurewa before the driver was eventually stopped in Weymouth.

In the North Shore District Court today, a 44-year-old man pleaded guilty to three driving charges, but not guilty to five other charges, including several related to firearms.

He has been remanded in custody until his next court appearance in April.