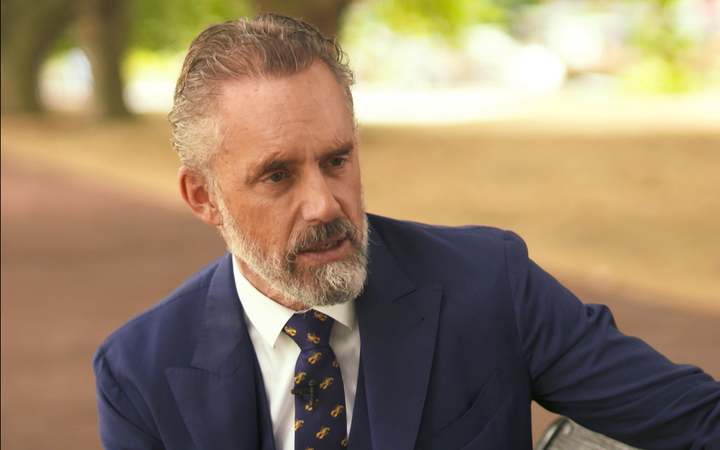 Dr Jordan Peterson, a clinical behavioural psychologist currently on a talking tour in New Zealand, has drawn protests over his criticism of the #MeToo movement and his huge online following of disaffected young men.

"If you're stuck, so to speak, in a small isolated community and there's very little to do and no economic future and a fragmented community because so many people have left, high rates of poverty and single families and multi-generational histories of alcoholism and so forth, you set the stage for nihilism and suicide," Dr Peterson said.

"The idea that these communities are viable is simply not the case."

Dr Peterson has grown in popularity with conservative thinkers partly due to his strong criticism of university academics and school curricula.

He said boys in particular are not encouraged the way they used to be and the talk of 'toxic masculinity' has missed its mark.

"The unshakeable belief of the radical left is that the West is an unquenchably oppressive patriarchy and what that implies is that it's the fault of men," he said.

"And what that implies is that any males ... who are ambitious and who desire to take their place in the uppermost reaches of various hierarchies of authority are actually contributing to the despoiling of the planet and the fundamental oppression of women and minorities.

"And almost of all of that is complete nonsense."

Dr Peterson said he never intended his message to be taken up so enthusiastically by men, and that most of his students are women.

"What I think happened is that YouTube is 80 percent young men," he said.

"For my entire academic career the overwhelming majority of my students were women," he said.

"There was never any reason to assume that this was a message that was specifically targeted to one sex."

Jordan Peterson will hold a second talk in Auckland tonight at the Logan Campbell Centre before heading to Australia.