A man has been taken into custody after a family harm incident and fire in Whangārei.

Police said they were called to a house on Maunu Road at 6.30pm today.

Shortly after, emergency services were notified that the property was on fire. 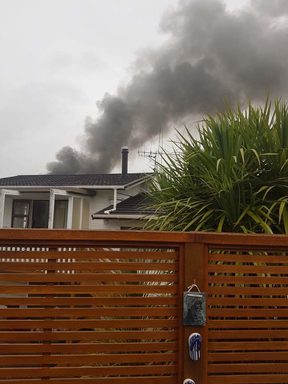 Smoke seen coming out from a house on fire nearby at Maunu Road Photo: Supplied

Police were looking for a man involved in the family harm incident who had fled the scene on foot.

Police say they are speaking to him and others who were at the house to work out what had happened.

A scene guard will remain in place at the fire-damaged house overnight.