A massive slip has completely closed the main road heading to the glaciers on the South Island's West Coast. 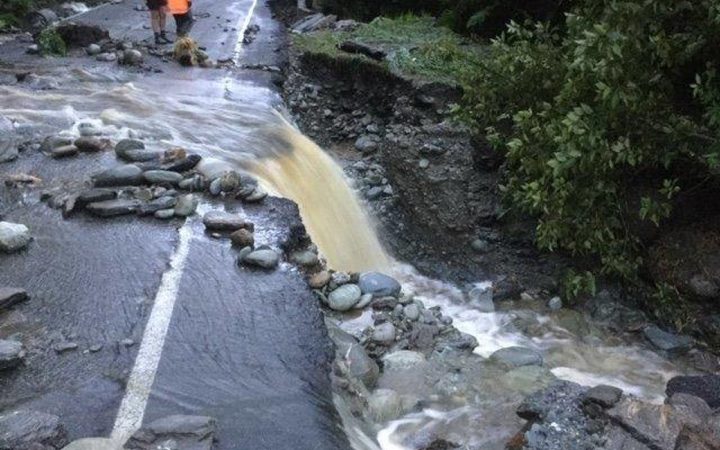 The slip has caused large trees, soil, rocks and streams to cut across the highway. Photo: Facebook / NZTA

The slip is half a kilometre long and has caused large trees, soil, rocks and streams to cut across the highway.

It is estimated to be 400 metres long, with debris several metres deep. 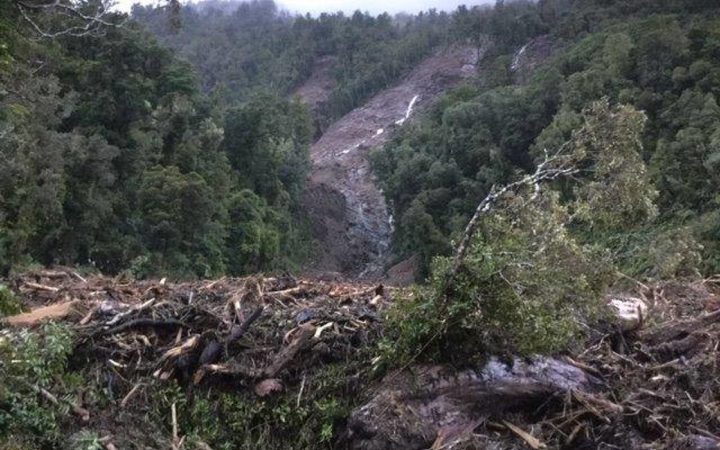 The massive slip has closed the main road until Monday. Photo: Facebook / NZTA

The Transport Agency said it will remain closed until Monday, meaning the only way in to tourist hotspots at Franz Josef and Fox glaciers will be from the south, through the Haast pass.

Highway 6 is closed and signs are in place just south of Hokitika at the top of the road as well as Makarora and Lake Hāwea at the Otago end.

Our friends at NZTA have closed SH6 Whatarao to Harihari due to massive slip after heavy rain and thunderstorms last night. https://t.co/Q8f55BL7tC ^RK pic.twitter.com/KE9l1kXhca

The slip is near Whataroa, north of Franz Josef.

UPDATE 7:55AM
Daylight has revealed a massive slip, additional crews have been called. The slip is north of Whataroa, between Whataroa River & Parkers Creek.
The road is not expected to be reopened until Mon 25 Feb. ^JP
https://t.co/Tpk9xrwJSQ

Road crews are working to clear the slip and more machinery is on the way. 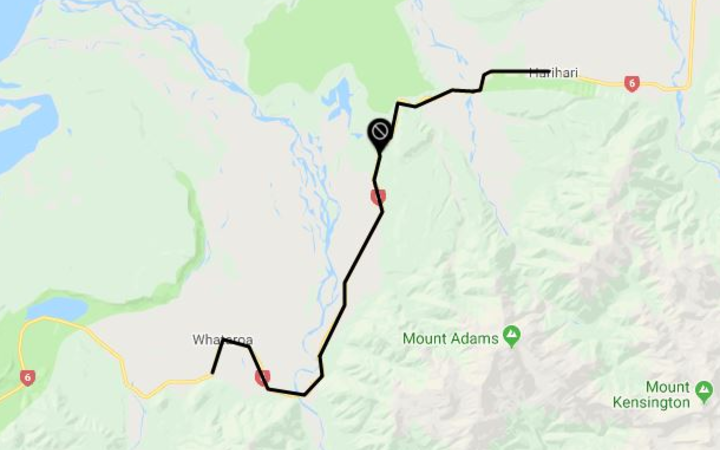 There is no local detour available for State Highway 6 so drivers and residents are advised to check the Transport Agency's updates. 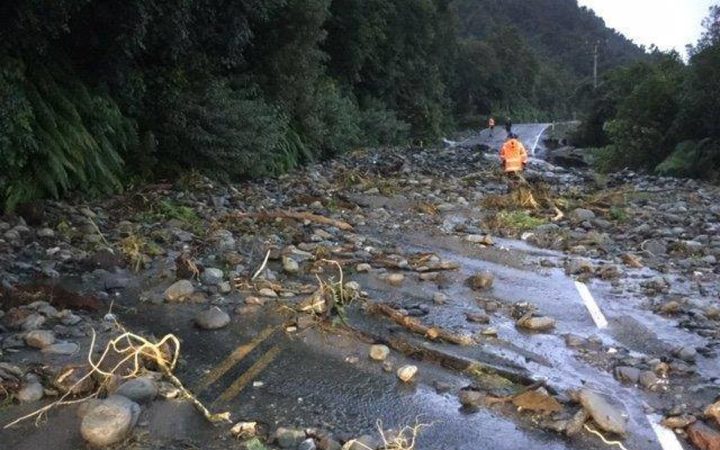 The slip is estimated to be 400 metres long. Photo: Facebook / NZTA