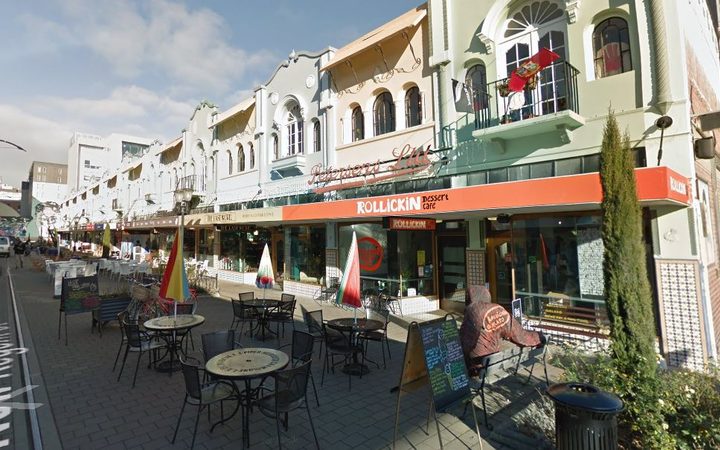 Rollickin' Gelato, on New Regent Street, is one of the Christchurch businesses affected by the tip-jar thefts. Photo: Google Maps

Three cafes down New Regent Street have had their tip jars stolen in the last few weeks, suspected to be the same group of men.

Rollickin' Gelato is one of the businesses affected, along with Cafe Stir and Francesca's Italian Restaurant, who have been hit twice.

Rollickin' Gelato manager Grace Irving said the targeting was disheartening for businesses in the area, who used the money for team bonding and staff rewards.

"We don't work for tips, and tips are an appreciated gift almost to a business and to the people who work in the company. That's quite a lot of money that has been taken away from the hard workers of our cafe," Ms Irving said.

Four men approached the cafe, while only one entered to grab the jar and the group then left quickly, jumping in a getaway car before anyone had time to react, Ms Irving said.

Irving has informed other businesses in the area and suggested they empty their jars, or put them out of reach.

A manager from Casa Publica, another bar in the street, said the same men came into their venue to scope the place out, but were unable to get their hands on the jar.

Police are reviewing CCTV footage and say their inquiries are continuing.