The death of possibly hundreds of natives eels, dumped on a river bank by the Hawke's Bay Regional Council, is being investigated by the Ministry for Primary Industries.

Nathanael Scurr and his cousin made the discovery after coming across a huge mud pile on the banks of the Tutaekuri River, near Puketapu, on Friday.

A video he posted on Facebook has caused outrage among locals and has forced the halt of drainage work by the regional council until a full review is carried out.

"I was shocked. There were just dead eels everywhere, about the size of 30 centimetres, and you could see them trying to escape the mud. Some they had obviously been cooked in it."

"I just thought what a waste ... what an awful cruel thing to do to these creatures," Mr Scurr told RNZ.

The eels were uplifted in tonnes of mud that had been cleared from drains as part of the Heretaunga Plains Flood Control and Drainage Scheme work by the Hawke's Bay Regional Council.

"The work is carried out as a permitted activity and in accordance of our Code of Practice for River Control and Waterway Works which was first implemented in 1999 and most recently reviewed in 2017," Hawke's Bay Regional Council group manager asset management Chris Dolley said in a statement.

"A slotted bucket is used on the digger which allows water and eels to escape, however sometimes not all of the eels manage to escape this way.

"As soon as we were made aware of this issue, work has been stopped until a full review of the standard work practice can be completed over the coming days. There have already been discussions and one of the options we are looking at is a catch and release option with local iwi, but we would need to speak with them to work out all the details of that," Mr Dolley said.

Law 'may have been broken'

Ngati Kahungunu Iwi Incorporated director of environment and natural resources Ngaio Tiuka said the regional council's practice was "appalling," even more so because it may have been carrying out this work for years undetected.

"There are other ways that they could have employed, like electric fishing to clear the area of eels or any native species, which is standard practice if they are going to divert a stream for road realignment."

The Fisheries Act may also have been broken, Mr Tiuka said.

"Recreationally each individual is allowed to take six eels a day. In this instance it's over that, and they don't have a permit to take over that amount … so, technically speaking, it would be breaking the law."

Mr Tiuka said he would be sitting down with the regional council and local tangata whenua to discuss other methods that could be deployed to ensure it did not happen again.

Emeritus fisheries scientist Don Jellyman said the ecological impact of removing so many eels from a single place would be significant.

"They are important scavengers and they are very slow growing, so replenishing this stock could [take] a decade." 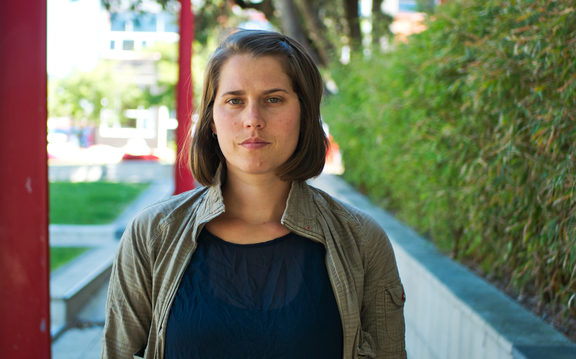 Forest and Bird advocate Annabeth Cohen said many councils carried out such work without any thought of the effects on wildlife.

"There'll be eels, there'll be invertebrates, there'll probably be some plant life and they're just clearing them out without taking any regard," she said.

"We can't wait until we find dead eels to think about these processes. This is happening right around the country where dredging and draining are permitted activity."

MPI's fisheries team manager Mike Green said the quota system would not apply to the regional council but it was normal for organisations that were carrying out works that could disrupt wildlife to get a permit allowing them to do so.

'"It appears in this case that the council did not have this, but we are looking into this," he said.