Police in Nelson want to talk a man as part of a continuing investigation into a suspicious fire at Walter's Bluff. 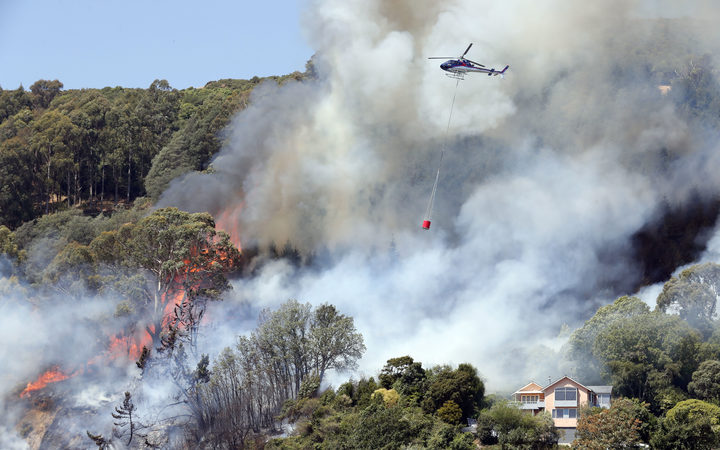 Firefighting crews are diverted to another blaze that erupted at Walter's Bluff. Photo: Supplied / Paul McIntyre

Some crews fighting the Pigeon Valley blaze on 8 February were diverted to battle a fire at Walter's Bluff, a hillside above the city.

The fire was brought under control, but it was the second suspicious fire that week, after a blaze broke out on Rabbit island on Waitangi Day.

Police said the man they would like to talk to was seen eating while sitting on a bicycle on Iwa Road.