Some Northland parents are falsely claiming that they're homeschooling their children when tackled over truancy, a principal says. 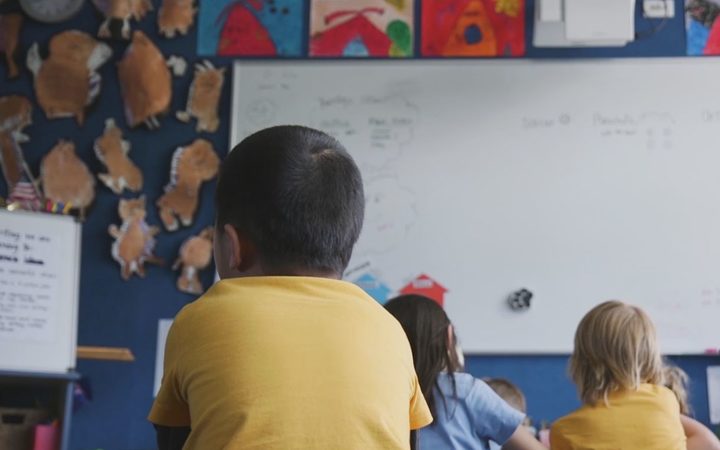 Hora Hora Primary School principal says about 20 percent of his students are absent on any given day, and about 5 percent of the absences are unexplained. Photo: RNZ/ Dan Cook

Northland has the highest truancy rates in the country, and principals are urging the Ministry of Education to crackdown and prosecute some parents as a deterrent to others.

Marilyn Dunn, the principal of Ruakaka primary school said a number of children were being kept off school for weeks or months at a time despite the best efforts of schools and truancy officers.

Some parents said they were homeschooling when they were not and their children were missing out completely, she said.

"There's a group of homeschoolers out there that are genuinely great, and they do it right... they register with the ministry and that's fine."

"It's the other ones, that get annoyed with the school and say 'Nah, we're not gonna send them' and are able to [get away with saying] they're homeschooling but they don't register for it, that's the group of kids I worry about," Ms Dunne said.

The Education Review Office could check on children registered as homeschooled but she suspected that was not happening as often as it should, if at all, because of a lack of resources, Ms Dunne said.

The Ministry of Education said truancy prosecutions were usually led by schools with ministry support and that it was not aware of any parents keeping their children out of school and falsely claiming to be home-schooling them.

It would be very concerned if that were happening, it said.

Deputy Secretary Katrina Casey said non-enrolment is illegal, and she would encourage anyone with concerns to tell the Ministry and those cases would be investigated.

But the Tai Tokerau Principals Federation president Pat Newman said it was unrealistic to expect schools to take on that job on top of everything else they were now expected to do.

"Where are we supposed to find the time and expertise to mount court cases? They [the ministry] run and contract the truancy services and the ministry should be handling the prosecutions," he said.

Ms Dunn said schools did not want the job of taking parents to court, because they had to maintain a positive relationship with whānau, for the children's sake.

Mr Newman said in his school of more than 400 pupils, about 20 percent were absent on any given day, and about 5 percent of the absences were unexplained.

"And when they come back, if they do, they're behind their classmates and even more reluctant to stay at school," he said.

"In my view, it's child abuse: those parents are limiting their children's future by denying them education, and you might also expect that Te Oranga Tamariki would be concerned about that too."