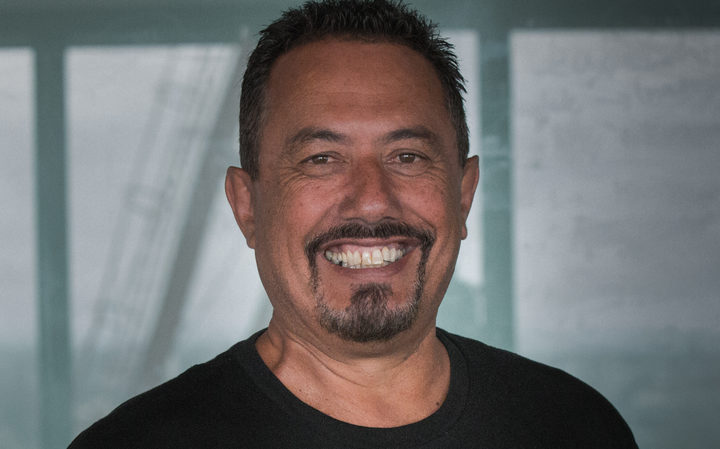 Mr King is an outspoken advocate for changing attitudes toward mental illness.

Through his work with the Key to Life charity, he led a New Zealand speaking tour last year from Bluff to Cape Reinga, meeting with teenagers and listening to their experiences with mental illness.

Mr King wore white gumboots onto the stage at the awards gala in Auckland to promote Gumboot Friday on 5 April, where Key to Life aims to raise $2 million for free kids counselling.

New Zealanders were taking the organisation's message to heart, he said at the ceremony.

He told Morning Report all kids wanted to be loved.

"More importantly, kids want to know that their thoughts and opinions are valued by the significant adults in their life," he said.

"Upwards of 90 percent of our kids are getting their self-esteem from the approval of other people.

"There's nothing wrong with the kids. They're perfect. We're breaking them."

He said it boiled down to educating parents about "why we need to change our attitude, be more empathetic".

The two other finalists in the awards were public health expert Marewa Glover, who has led the way in reducing smoking, and entrepreneur Lisa King, whose lunch delivery business matches each lunch sold with one donated to a school.

"These three remarkable Kiwis are worthy finalists for the title of Kiwibank New Zealander of the Year in 2019. They are tackling some of the toughest social issues facing New Zealand - issues that touch us all."

More than 2000 nominations were received for the award, which is in its 10th year, and was presented by Prime Minister Jacinda Ardern.

Senior New Zealander of the Year was won by Wellington doctor Bill Glass, who has spent more than 60 years working in occupational medicine. His work on toxic substances led to an asbestos exposure register, and eventually a ban on importing asbestos.

Wellingtonian Pera Barrett, who started the Shoebox Christmas movement in Cannons Creek, to provide Christmas presents to children in underprivileged areas was named Local Hero of the Year. The organisation now works with children and schools from Wellington to Palmerston North.

Pillers, a national organisation which provides mentors and support for children with a parent in prison, won Community of the Year.

Innovator of the Year was won by Ian Taylor of Christchurch firm Animation Research. The digital pioneer has helped design an education programme for prison inmates to learn how to read, while fixing cars in a virtual workshop.

Awards manager Glyn Thomas said it was important to celebrate those doing good work and making an impact.

"People are encouraged by what they hear, the stories that are shared, and the awards provide a platform for winners gain a foothold in fundraising or credibility for their causes."