About 500 people were evacuated from the Teapot, Eves, Redwood and Pigeon Valleys last week.

They've just been told restricted access only is to continue.

The state of emergency has also been extended

Civil Defence fire controller Jim Frater said a large team was working on assessing conditional entry for residents of the valleys, however, it was a complex process. 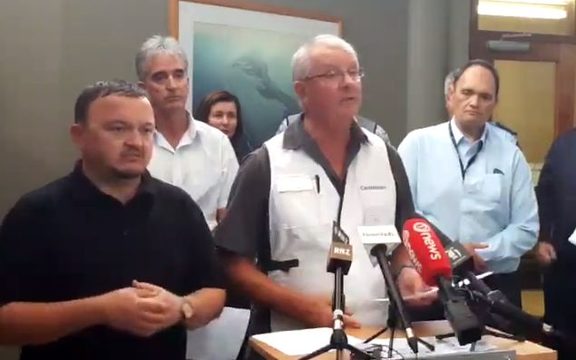 "At the moment, we cannot confirm when the conditional entry process for the valley residents will begin. But this afternoon our specialist teams will be beginning the risk assessment checks for each property. There are about 200 properties to look at individually so it will take some time.

"We've got a helicopter going up at five [pm] ... and that will speed up the process. In the meantime, we will continue to enable restricted access on a daily basis as long as it is safe to do so.

He reiterated that the use of outdoor machinery was banned in all of Nelson and most of the Tasman region.

Fire and Emergency had been receiving reports of people continuing to operate machinery, Mr Frater said.

The ban included the use of all those where "metal met stones, including mowing, discing, harrowing, stump grinding and cultivation ... outdoor activities that can generate sparks or fire are also prohibited and that includes gas cutting, welding, angle grinding, the use of chainsaws and scrub cutting."

Fire and Emergency NZ fire controller Trevor Mitchell crews had a "good day on the hill" getting through hotspots.

"The fire still remains uncontained and still has got the potential for reburn which is is why we are still working with Civil Defence on when we allow people to go back home.

He said a fire fighter had been hospitalised due to dehydration.

"She's fine, she's been rehydrated at the hospital and ... it just sort of emphasizes the conditions that our people are working in up the hill and it is quite a hazardous environment."

The fire remains uncontained and the region is still under extreme fire conditions, and the state of emergency has been extended for another seven days.

The weather was expected to get hotter until Thursday, followed by a southerly change on Friday with cooler conditions, Mr Mitchell said.

Police acting area commander for Tasman Zane Hooper said given the decision to extend the state of emergency there would continue to be an increased police presence in the fire-affected areas and communities.

Police and New Zealand Defence Force staff would be visiting all homes in the Wakefield area later today to offer reassurance, provide advice and information and remind residents about the re-evacuation procedure.

It would kick in when the state of emergency ended and aimed to restore "business as usual" and normality.