A Wellington man has been under intense scrutiny leading up to a charge of murdering Zena Campbell being dropped, and will now need to rebuild his life, his lawyer says. 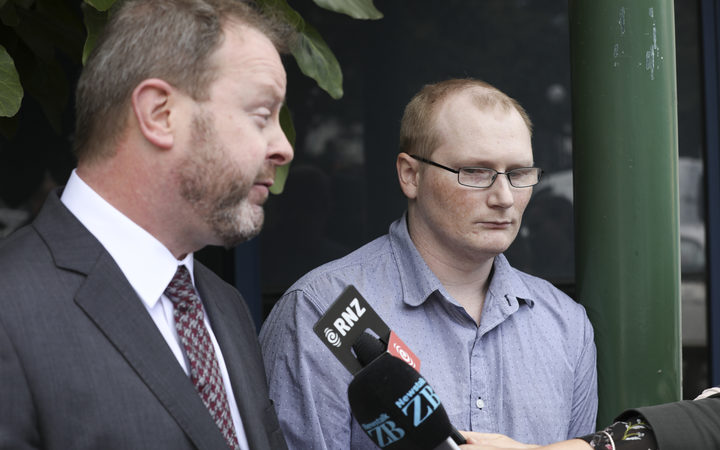 Lawyer Kevin Preston talks to reporters after the murder charge against his client, Paddy Woods, on the right, was dropped. Photo: RNZ

The charge against Paddy Woods was dropped in the High Court in Wellington this morning, just as his jury trial was due to begin.

The body of Ms Campbell, 21, was found in a parked car in central Wellington in February last year. Mr Woods had pleaded not guilty.

Justice David Collins, dismissing the charge, said evidence showed strangulation was not considered to be a substantial cause of Ms Campbell's death. That meant the jury could not be satisfied beyond reasonable doubt that Mr Woods caused the death, he said.

"I am satisfied that a jury properly directed could not be reasonably satisfied beyond reasonable doubt that Mr Woods caused the death of Ms Campbell, accordingly [he] could not reasonably be convicted of either murder or manslaughter."

Judge Collins' decision was substantially based on a revised brief of evidence from a Crown pathologist. Her evidence explained there was some evidence of compression on Ms Campbell's neck, but it could not confidently be said to have caused her death.

The judge acknowledged the family and friends of Ms Campbell in court, and told them it was not his task to determine the cause of her death but to administer the law.

Yesterday was the first anniversary of Ms Campbell's death. 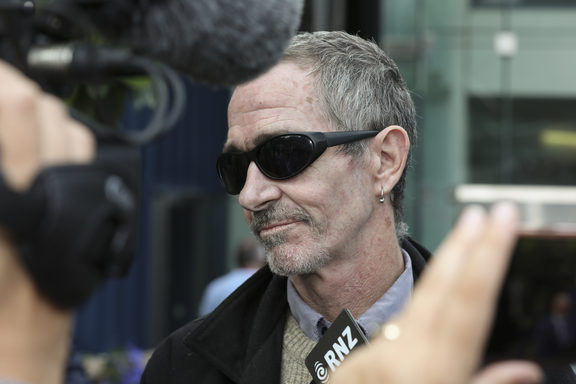 Ms Campbell's father, Chris, said outside court the dismissal of the charges did not bring him any closure.

He said he would never want any family to go through what he had, losing a child early.

"All we can hope is that she passed quietly, and that was that ... it doesn't bring her back, no matter what. Even if he had been convicted it wouldn't have brought her back."

Mr Woods' lawyer Kevin Preston told reporters his client was "free at last" from the shadow of accusation that had been hanging over him. He said the past year had been traumatic.

"Mr Woods, as a consequence of the accusation, lost his liberty for a period of time, lost his job, and additionally, being accused of being responsible for Zenith's death has involved an intense scrutiny of his personal life."

Ms Campbell, 21, was born as a male but was in the process of transitioning to become a woman. Mr Woods is about 10 years older.

In Justice Collins judgement, he said Mr Woods said he woke in his car at 12.30pm on 11 February last year to find Ms Campbell partially draped over him, but mostly sitting in the passenger seat. She was dead.

The couple had fallen asleep in the car the night before, after attending a party in Aro Valley.

At the party Ms Campbell was involved in a fight with two men over comments she made which were perceived as racist. She was punched and hit in the face with a bottle, breaking her nose. Shortly after she was asked to leave the party. 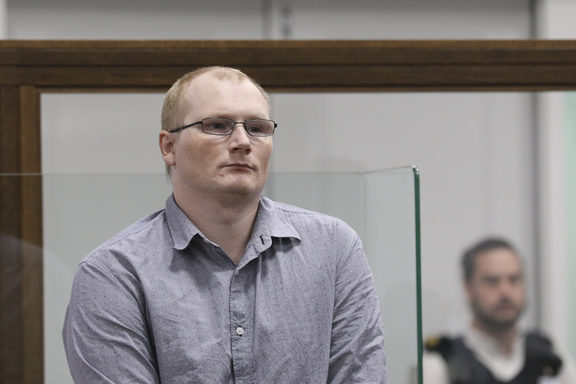 Paddy Woods during the hearing in the High Court in Wellington this morning. Photo: RNZ

The couple walked through Aro Park with friends to their car. Ms Campbell's mood fluctuated between euphoric and deep depression, including wailing loudly and sobbing uncontrollably.

One friend, who described her as "next level wasted", said he had to tell her six times who he was before she recognised him.

At 2.40am the two friends left Ms Campbell and Mr Woods alone in their car. This was the last time Ms Campbell was seen alive by anyone other than Mr Woods.

Ms Campbell was on the methadone programme and had been warned weeks earlier about the risks of overdosing if it was mixed with alcohol or other sedatives.

Post mortem results showed as well as methadone there was alcohol, Oxazepam, Ritalin and cannabis in her blood.

Mr Woods told police that the night before the party Ms Campbell had encouraged him to place her in a choke hold as part of their sexual activity.

Dr Spark found that if any manual strangulation occurred in the car on the night of her death, it was not severe or prolonged enough to cause Ms Campbell's death.

She also concluded that in light of the apparent compression of Ms Campbell's neck the night before she died, combined with the fatal concoction of drugs and alcohol in her system it was not possible to say that any compression before her death was a "substantial and operative" cause of her death.

Justice Collins said given the expert evidence, a jury, properly directed, could not be reasonably satisfied that Mr Woods' actions were the cause of her death.

"He could therefore not properly be convicted of murder or manslaughter," the judge ruled.