Dozens of marine rescue boats will take part in a major search and rescue exercise off the coast of New Plymouth today. 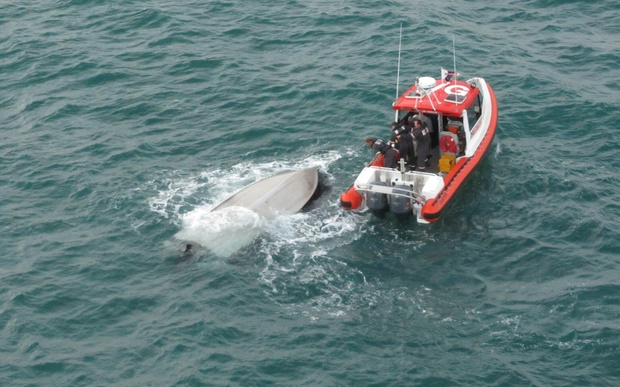 Rescue agencies will be searching for real people and dummies in waters off Port Taranaki Photo: Auckland Rescue Helicopter Trust

Taranaki Police Search and Rescue alongside other marine rescue agencies will be searching for real people and dummies in waters off Port Taranaki until mid-afternoon.

Constable Wade Callander said the exercise was a great opportunity for the different agencies to train together so they could work efficiently in an emergency.

"Due to the traffic we see in the area there's always the potential for a marine search and rescue situation," Mr Callander said.

"The Taranaki coast is popular with boaties, divers and surfers, and also has helicopters transporting workers to and from oil rigs."

The exercise would use the Coastguard's channel 61 for radio communications, which would be heard by all boats in the area.

Mr Callander said communication between agencies would play a major role in the success of the exercise.

"There will be numerous rescue vessels in the water carrying out SAR exercises. The rescue helicopter will also be involved, winching people out of water, and off vessels.

"In any emergency situation involving multiple agencies communication is imperative."

Mr Callander thanked the community for their understanding while the exercise was in progress.