A West Auckland neighbourhood is in a tussle with Burger King and city officials, because they say their house has been taken over by the stench of the nearby fast food outlet. 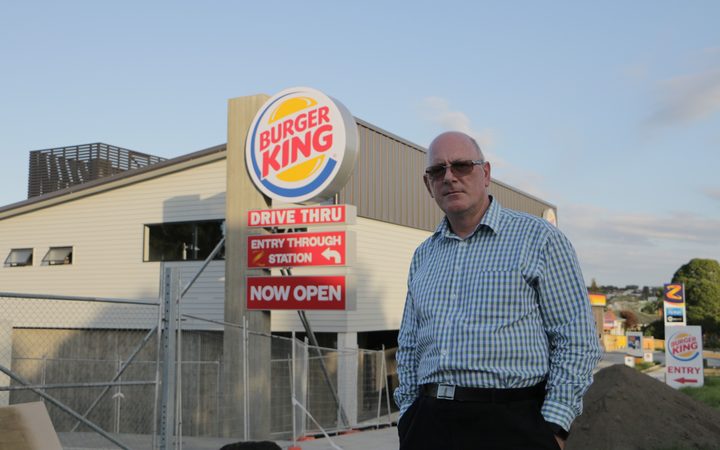 Almost 30 people in the Glendene area have signed a petition, but Auckland Council said the smell was "faint" and didn't breach any standards.

Nick Dobier, 57, said it was on his mind from the moment he woke up.

"An average day starts with me waking up and checking the weather report to see which way the wind is coming from. If it's from the south, the south-west or the west, I cannot open my doors."

The new Burger King on old Great North Road opened in late December, a few doors away from the home he's lived in for 22 years.

Mr Dobier couldn't escape what he called a disgusting, pungent smell of burning fat and meat coming from the restaurant.

He said smoke also came from the building which he worried was harmful.

He feels trapped - he can't sit on the porch and enjoy an evening drink, or hang his washing out because his clothes will stink like the backside of a fast food restaurant.

And to top it off, the Burger King outlet is open 24/7, so the wafts of foul air can come at any time.

He's not alone - 28 residents on his street, Coupland Court, and the nearby Heversham Place, are behind him.

They said the stench was so pungent and constant it was holding them hostage in their own homes.

They complained to Auckland Council , which said the smell wasn't bad enough for them to take action.

One resident, Shane Anderson, said a big business like Burger King could solve the problem itself, by changing its exhaust system.

"We have no problem with Burger King operating. What we're saying is that they shouldn't be affecting the neighbourhood. We shouldn't have that forced upon us on a daily basis."

Auckland Council's environmental health manager, Mervyn Chetty, said they didn't have any evidence that the smell or the smoke breached standards.

Mr Chetty said the smell was "faint" despite an earlier visit from a council staff member calling it "distinct".

The council said it wouldn't test the air quality to check whether the smoke coming out the roof was harmful.

"While our food safety officers have detected a faint smell on occasions in their visits to the Burger King, this in itself does not warrant a requirement to test," Mr Chetty said.

"Our officers are working with Burger King to mitigate these issues including making adjustments to their systems. We will continue to assess the effectiveness of these changes before requiring Burger King to undertake further mitigation measures."

Burger King said it had been visited by the council and was working on finding a "suitable solution".

"Based on the council's testing we are operating within normal parameters. However, in good faith, we have taken steps to alter our extract fans to improve the disbursement of any lingering smells and exhaust filters are cleaned every night as is normal practice.

"The council officer has returned several times since the changes were implemented and have been satisfied with the result." 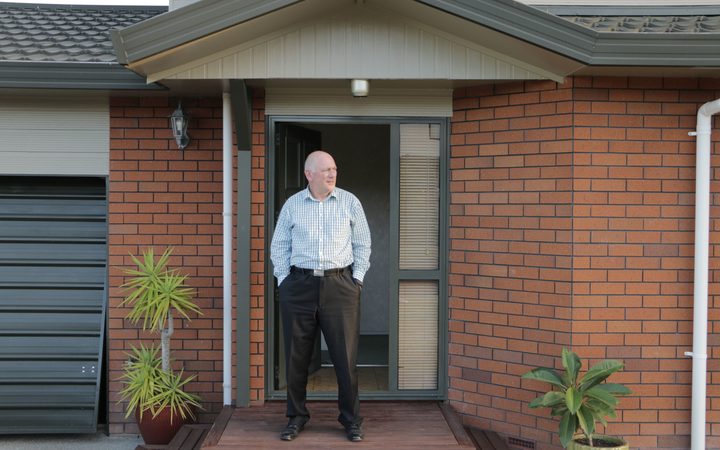 Mr Dobier is backed by 28 other residents on his street who plan to deliver a petition to Auckland Council. Photo: RNZ / Jordan Bond

Mr Dobier said it had made no difference.

"So what are supposed to do? Whom do we talk to? How can we get our lives back to where they were?" he asked.

"I've been living in this house for 22 years - designed and built it - so I'm not just a johnny-come-lately.

"This is my home; this is my forever home - at least I'd hoped it would be. And our quiet enjoyment and our peace and our fresh air is gone," Mr Dobier siad.

The residents will deliver a petition to Auckland Council.