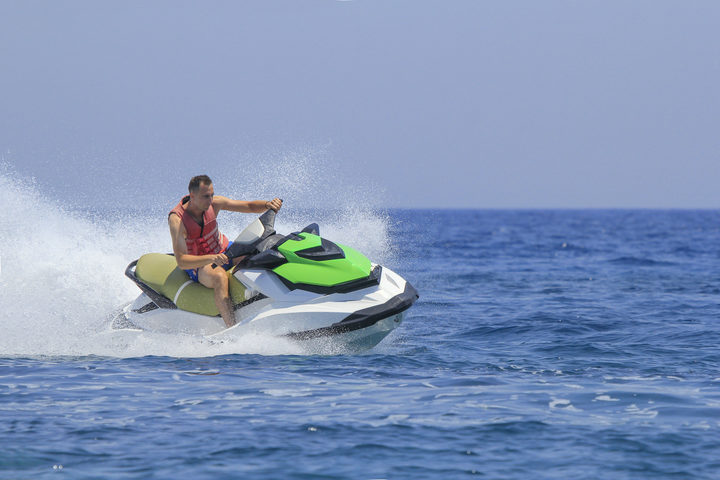 Waikato Regional Council maritime services team leader Richard Barnett said more than a dozen reports of concerning boating behaviour had been relayed to harbourmasters over the past few weeks.

"We've had complaints of fast vessels, such as power boats and jet skis, speeding above the limits around areas like Horahora as well as other popular Waikato spots, and failing to keep right to prevent collisions."

The increase in complaints likely stemmed from a combination of great on-water conditions and a surge in recreational boating numbers in the region, he said.

Mr Barnett said it was concerning that over the last two summer seasons, more young people were driving power boats and jet skis each summer without knowledge of the water rules.

"We're seeing lots of new skis on the water and, without saying that all jet ski operators don't understand the rules, they are nimble, fast and people can get in trouble pretty quickly."

One of the basic tenets of boating internationally was a skipper being responsible for the safety of their vessel and of everybody aboard, he said.

"They're not difficult rules. Be responsible - understand what the rules are and follow them."

Mr Barnett said this summer provided prime water conditions for boat users in Waikato and, on a busy day, hotspots like Lake Karapiro and Waikawau could attract up to 450 boats respectively.

To keep up with demand, Mr Barnett brought on an additional seven staff members to assist his team of harbourmasters over the peak holiday period.

"We can't be everywhere all the time. We're a fairly small crew and we have a big region to cover."

Mr Barnett said no serious boating incidents or fatalities had been recorded in the region so far this year.

The national industry advisor for Maritime New Zealand, Baz Kirk, said while last year's record low boating fatality count of four was still too many, it was positive for the sector.

"It's a radical reduction on the last 10-year trend, which averaged 19 to 20 fatalities a year."

Mr Kirk said boating safety messages are getting through to the majority of boat users but reminded those taking to the water to wear a life jacket and drive safely.