Police and WorkSafe are investigating the death of a tourist yesterday who was hit by a bus while sandboarding in the Far North. 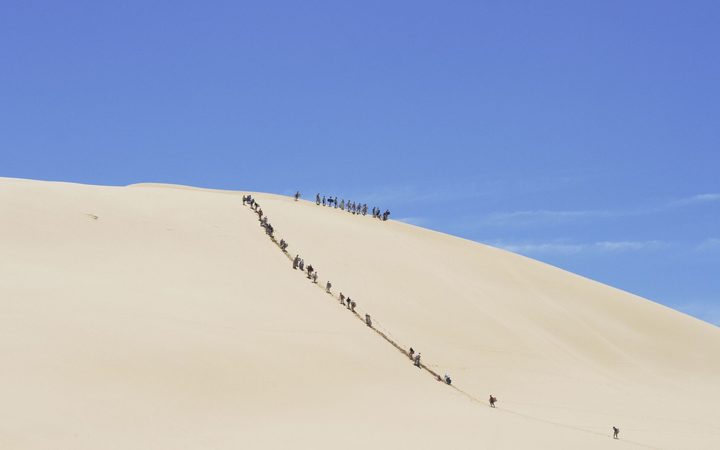 The sand dune at Cape Rēinga is a popular spot for sandboarding. Photo: 123rf.com

Police were called to the accident at the Te Paki sand dunes about 1.40pm yesterday.

He said the tourist was coming down the big sand dune towards a stream at Te Paki on a boogie board when he went into the path of a second bus that was pulling into the site.

His wife, son and daughter-in-law and grand-daughter were watching him come down the slope and saw him go under the bus.

He was killed instantly.

Mr Ewers said the accident was entirely preventable and had devastated the man's family.

He said the family spoke almost no English, however, Kaitaia police managed to find a South Korean interpreter last night for them last night, and were supporting them.

The family was due to fly home in a couple of days, he said.

Police have seized the bus for examination.

The Serious Crash Unit attended and the matter will be referred to the Coroner.

Mr Ewers said police and WorkSafe would do everything they could to ensure such an accident never happened again.