Police were called to an incident at Brooklyn Road at end of Willis Street, in central Wellington this morning. 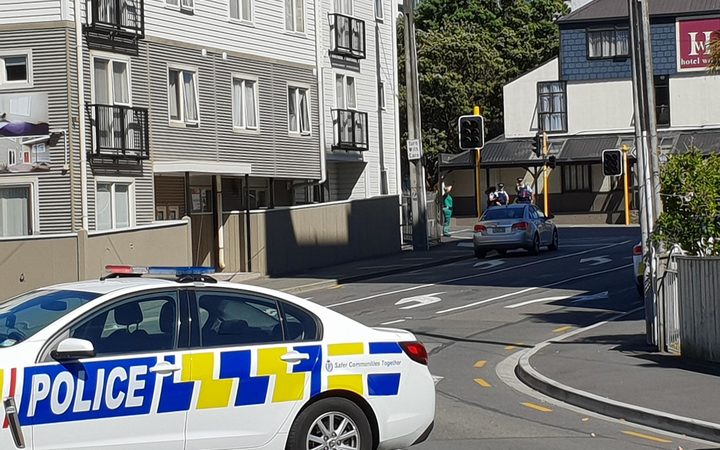 The scene at a police callout in Wellington this morning. Photo: RNZ

They said they wanted to reassure members of the public they were not at risk but asked people to avoid the area.

They later said the incident had been resolved, with one person taken to Wellington Hospital for medical assessment.