Marama Fox has been convicted and fined for drink driving after 21 years of sobriety. 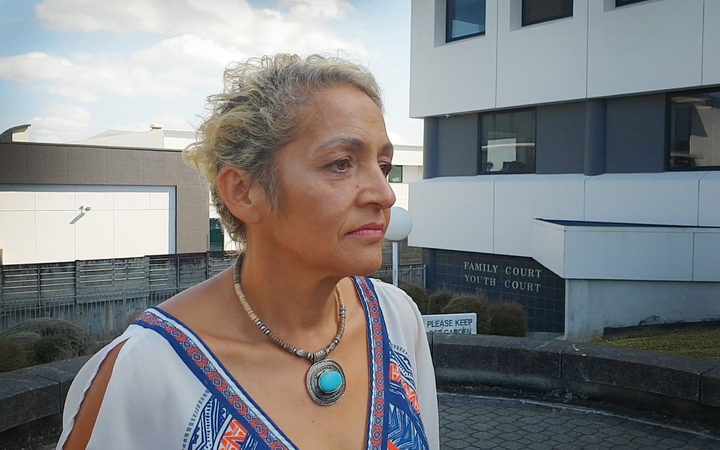 She pleaded guilty to a charge of drink driving last year.

The 48-year-old was pulled over while driving in Hamilton in November where she blew 593 micrograms of alcohol per litre of breath, more than twice the legal limit of 250 micrograms.

"It's a situation where Ms Fox held an honest belief that she was under the legal limit to drive that evening.. Certainly she's extremely remorseful. This sort of offending is completely out of character for her."

Ms Mascelle gave Fox credit for her early guilty plea, which was entered at her first appearance, and the fact she had no previous convictions.

"You, like many other people that I see before me, have simply made a mistake and miscalculated the effects of the alcohol. The reading is probably moderate by today's standards; certainly on the higher side of the legal limit of 250mcg."

She fined her $590, plus $130 of court costs, and imposed a mandatory driving disqualification period of six months.

Speaking after the hearing, Fox said she had been drinking at an event and got behind the wheel to avoid an unidentified person, whom she claims previously assaulted her.

"I'm apologetic to the court for wasting its time and I'm adamant that this now closes what has been a traumatic chapter of my life.

"I had previously been assaulted by the person who approached me that evening and I felt I was in danger so I made the decision to drive when I shouldn't have and I'm very apologetic for any embarrassment I've caused my family and anyone else who has been previously supportive of me."

She said this alleged assault was the reason she did not pursue a discharge without conviction, as initially signalled at her first court appearance.

Fox said she accepted the irony in her drink-driving conviction, given she was in Parliament when the drink-driving limit was lowered in 2014.

"I fully accept that this is not behaviour I would have previously entered into. I'm not good at drinking, I hadn't drunk for 21 years, and I'm fully committed to returning to that way. I have stopped drinking now and I'm looking forward to a new chapter opening up this year."

Fox resigned as co-leader of the Māori Party in September 2018 after her business, Consultancy Group Tapui, went into liquidation owing tens of thousands of dollars.

She most recently featured on reality television show Dancing with the Stars.