Selfie-seeking bush walkers are endangering kauri along one of Auckland's most popular walks. 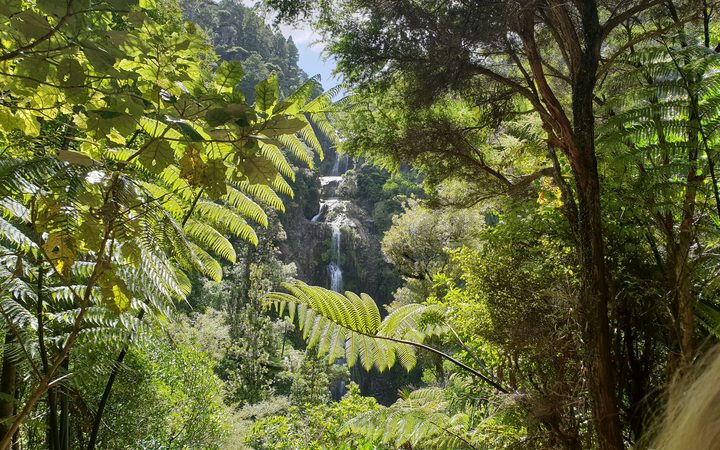 Large parts of the Waitākere Ranges are closed to prevent the spread of kauri dieback which threatens the forest and can be spread on shoes.

But Piha's Kitekite Falls track was reopened on Boxing Day after a $300,000 Auckland Council upgrade to make it as safe as possible for the many kauri that line the path.

About 800 people a day had been using it, the council said. But staff say some walkers were still using makeshift tracks, particularly near the falls which were a selfie hotspot. 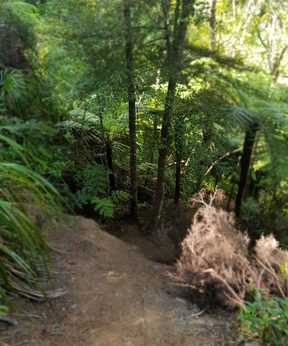 "You sit at the bottom of the falls and people are going, `How to do I get up there? I wanna be up there, I've seen photos of people up there.'

"And then they see what is basically an informal track, going straight up the side of the hill, straight over a kauri's roots, to cut the corner to get to the connect track."

The council had made a beautiful job of the upgraded track despite some minor shortcomings, Dr Barton said. However, at the falls there needed to be better signs that pointed people in the direction of the safe track.

Council staff took Mayor Phil Goff and some councillors on the walk yesterday to show them the improvements which came from a targeted rate.

Elevated boardwalks and boxed, resurfaced tracks keep people away from kauri roots, and volunteers were in place at the track entrance to answer questions. 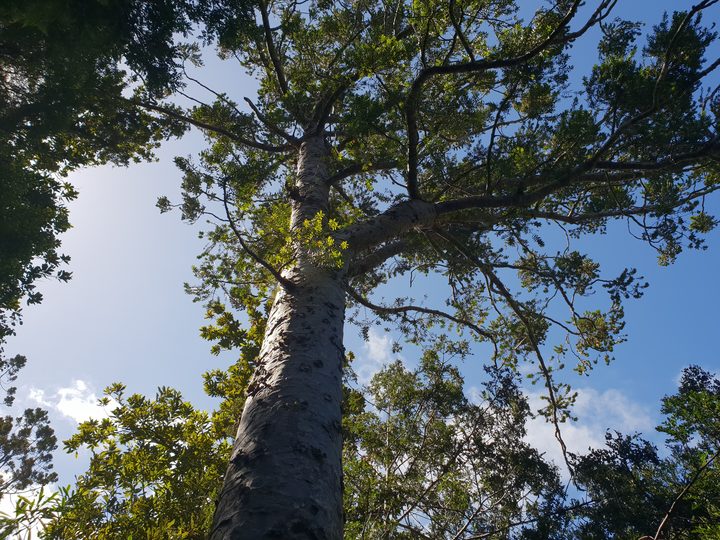 One of the kauri along the Kitekite Falls track. Photo: RNZ

Mr Goff said though there were always people who believed the council could do more, the $100 million dollar kauri dieback programme struck the right balance.

"We have worked very closely with Te Kawerau ā Maki, our partner in this ... to protect our kauri trees but also to allow Aucklanders and visitors to our city to enjoy our magnificent native bush."

Auckland Council said it was working on further upgrades to the area directly near the Kitekite Falls.