As Christchurch prepares to welcome its first 20 refugees in eight years, a contingent of Red Cross volunteers are getting ready to go the extra mile to help. 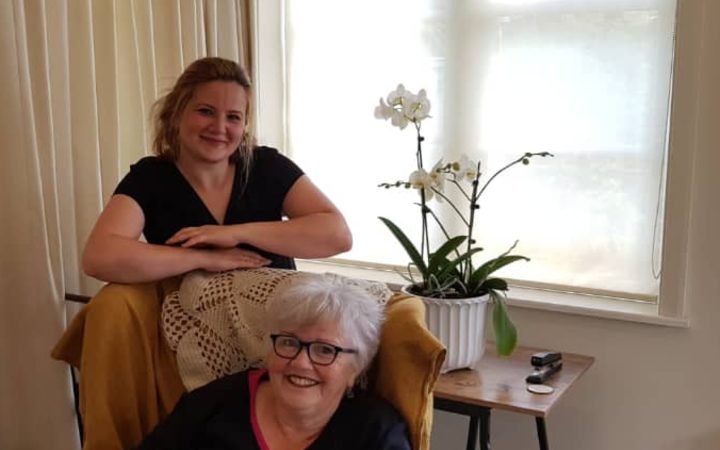 They will be the first refugees to settle in the city since the 2010 earthquake, but the Pathways to Settlement programme, which pairs refugees with locals to help them transition easily into New Zealand life, needs more volunteers to help them.

Volunteer training is starting in Christchurch today before the first refugees arrive from Afghanistan and Eritrea in March.

Hadil Catherina fled Syria to set up a new life in Dunedin 14 months ago and said the programme had helped her feel at home.

She said her volunteer, Adrienne Henderson, had answered her questions, taught her about life in New Zealand and grown into a close friend and gardening companion.

"When a former refugee comes to a new country, after they face war and all the difficulties and the journey, finding people that are friendly and kind-hearted, that want to help, are willing to help ... it really helps," she said.

Ms Catherina said Ms Henderson was now helping her apply for a tertiary course in occupational therapy, as she works "step by step" to build her life.

Ms Henderson said being able to help Hadil and other refugees had felt like an honour and a privilege.

"Especially when I've heard some of the stories of what's happened to them before, and I think my goodness - I've lived a charmed life," she said.

"It's really nice to be able to support people to do things for themselves and encourage them to learn about a new way of life. They're so pleased to be here ... every little bit of help and support they get, they are so grateful for it."

She has volunteered with the Red Cross's Pathways to Settlement programme for about a year and a half, helping families get comfortable in their new homes, find their way around town, meet their neighbours, register at the doctors and get their feet on the ground.

It was one of the most rewarding things she had done, she said.

One family Ms Henderson volunteered with included young children, who she helped enrol at a school.

"When I called on them about six weeks later I couldn't believe how much the children had learnt. Their English was just amazing, they picked it up so quickly," she said.

"That was just so exciting. I remember walking out of school that day and thinking 'oh wow'."

The Red Cross tries to match each new refugee to New Zealand with a volunteer like Ms Henderson, who help for the refugee's first year or so in New Zealand.

There are eight resettlement locations across the country, with about 600 current volunteers.

Red Cross South Island National Migration Manager, Sue Price, said it was not too late to get involved in the current training round, or join the next group helping more new arrivals in April.

She called on people to get in touch if they were up for the challenge, and said volunteers often learnt as much from the programme as the refugees they were working with.

Ms Henderson said in her case, that included beautiful traditional cooking and hummus recipes that are "way better than anything on the supermarket shelf".

Ms Price said the ideal volunteer has patience and time availability and is prepared to learn new things, make mistakes and have a few laughs.

"It's just such a rewarding experience."