The Canterbury District Health Board has completed its investigation into how a mental health patient at the troubled Hillmorton Hospital came to be locked in a maintenance shed overnight, previously it was reported that he was locked in the shed for two nights. 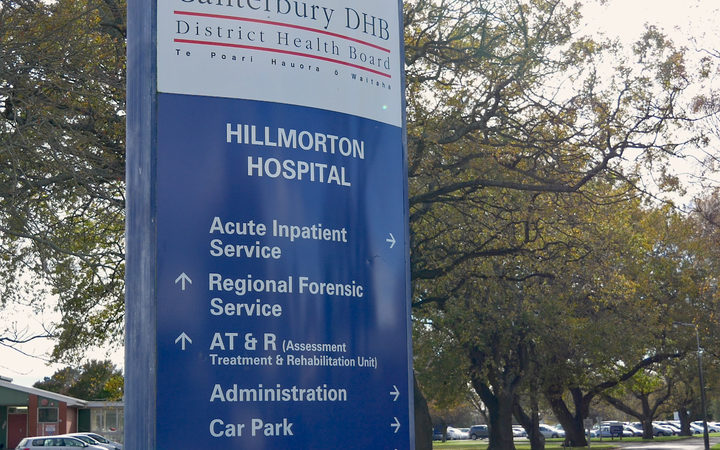 The incident happened just before Christmas with the man sustaining himself on some sugar sachets he happened to have in his pocket.

RNZ was alerted to the story by a source close to the hospital who said the patient was physically fine when he was found, despite his ordeal.

The shed is used to store gardening implements and a tractor.

The source said the man had a reasonably serious mental health condition and it was fortunate he didn't come to any harm.

However all the DHB was willing to say about its investigation was that it was carried out by its Specialist Mental Health Services incident review committee, as per the Health Quality and Safety Commission national guidelines.

"The consumer was reported missing from an open unit - meaning that they were free to leave - and then located on the Hillmorton site in good health the following day," CDHB specialist mental health services general manager Toni Gutschlag​n said in a statement.

She said the DHB had taken action to ensure the compound fence and the shed itself were locked when the shed was unattended but she could not say anything else about the investigation due to the need to protect the patient's privacy.

Nobody at the DHB was willing to be interviewed.

Just before this patient went missing, the head of the DHB, David Meates, met with staff at Hillmorton to hear their fears somebody might be killed by a patient following a string of assaults on nurses.

These have escalated in the past year and include a nurse being hospitalised for burns after having boiling hot water thrown on them.

Staff who had spoken to RNZ anonymously said overcrowding at the facility, which had been running at above full capacity, had contributed to tensions along with a lack of experienced nurses.

In response, the DHB had boosted the number of security officers working there to five.

A new acute inpatient unit with eight beds is opening in March, which was expected to ease some of the pressure.

Mr Meates had previously commented on mental health services in Canterbury catering for twice as many people than before the earthquakes and the lack of facilities available to cater for them.