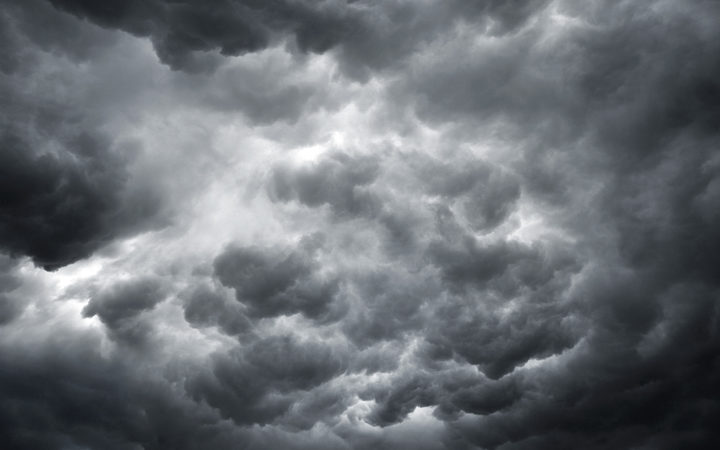 A cold front is expected to hit the South Island tonight. Photo: 123rf

Most of the country has been baking this week in the extreme heat, with four regions now officially in a heatwave.

Metservice said inland Bay of Plenty, inland Wairarapa, Blenheim in Marlborough and the inland parts of Canterbury Plains are all having a heatwave.

Temperatures must be 6 degrees Celcius above average for five days in a row to be classed as a heatwave.

The hottest place in New Zealand today was Hurunui where the temperature reached 37.3C.

But that's all expected to change this evening for the South Island.

The winds are part of a front predicted to rapidly move across the island to the north east in the morning.

MetService has issued a warning for gusts of up to 130km/h in certain areas.

The warning is in place for Fiordland, Southland, Otago and Canterbury High Country.

A watch has been issued Fiordland and Westland for potentially heavy rain tomorrow morning.

Meanwhile, South Island motorists have been warned to watch out for a road phenomena known as "summer ice."

It said a small amount of light rain and summer grime can create an invisible slippery film on the road.

The agency says in the event of rain, motorists should increase their following distances, reduce speeds and take extra care.