The New Plymouth mayor has admitted his council should have been more transparent about a massive 1.5 million litre sewage spill into one of the city's streams. 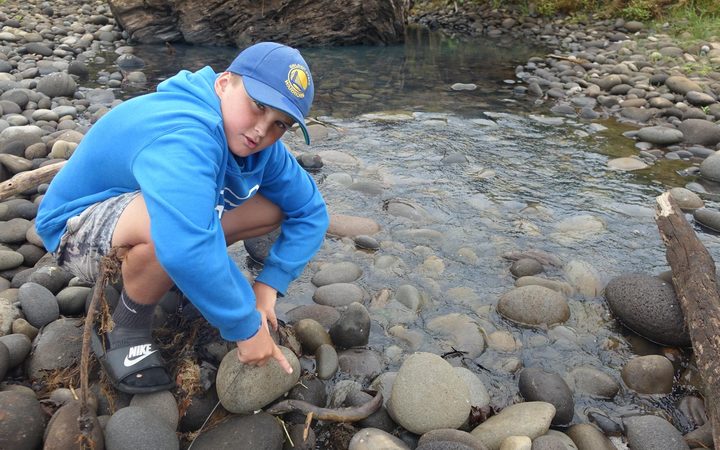 Dozens of fish and eels were killed and the Mangati Stream in Bell Block turned white after a sewage pump station failed overnight on January 21.

The wider public only became aware of the spill a week later after RNZ's enquiries.

The council did not issue a media release or use its social media channels or website news pages to tell the public about the spill.

Neil Holdom told Morning Report that the council had met its statutory obligations, but said he now believed it should have done more.

"Just to be clear we acknowledge that we didn't issue a media release ... It's my expectation that if we have a spill of the scale of this, which is a huge environmental incident, we need to get that message out through the media and through our social channels and just let people know."

The council did erect warning signs at the Mangati Stream mouth, inform hapu and notify the Taranaki Regional Council, the region's environmental regulator, and put a staff member on the ground near the stream immediately after the spill.

But Mr Holdom said it was a public health issue and as many people as possible needed to be informed.

He said he was making enquiries with council staff to find out why it did not happen.

"I've asked those questions of our staff once I've become aware of the situation. The goal I suppose is as a learning organisation to make sure it doesn't happen again."

Mr Holdom said investigations were on-going into the specific cause of this spill, which was the equivalent of half the volume of an Olympic-sized swimming pool.

There have been five similar spills into the Mangati Stream over the past five years and the council installed a generator at the pumping station at the end of 2018 to mitigate any power cuts.

So far the regional council has decided not to take any enforcement action over a sewage spillages into the stream.

Mr Holdom blamed outdated infrastructure for the spill and he warned building in a fail-safe would come with a hefty bill over the entire network.