Wellington has become the country's most expensive city to rent in as rents in the capital soared by 5.8 percent in the past year. 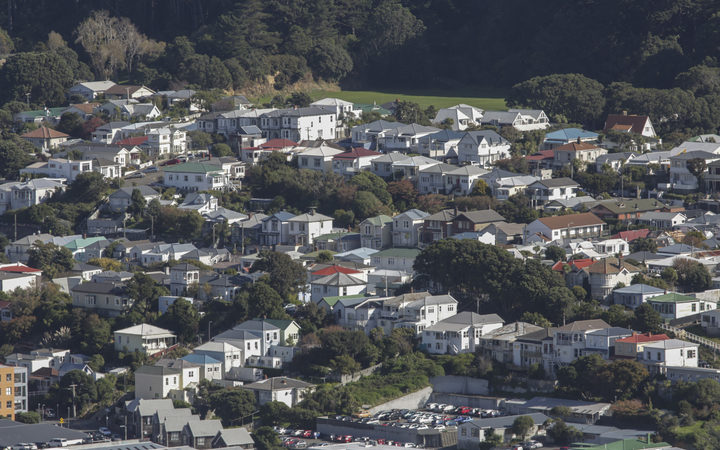 Trade Me's latest figures put median weekly rent there at a record high of $565 a week, $15 more than in Auckland.

Meanwhile the number of inquiries went up by 15 percent, leading to big queues at open homes.

Mr Clancy said with growing demand for rental properties in the Wellington region, and tight supply, there would be more record-breaking rents to come.

"As house prices in the capital continue to rise, more Kiwis are having to stay in their rentals longer to save for a deposit and this is driving demand."

He said high demand for housing usually hit the region around January and February, but this year it appeared many tried to beat the rush and secure a property before 2019 had even begun.

"This supply vs demand equation is pushing rents up really quickly and there isn't any relief in sight for now. We're already seeing huge demand and interest in rental properties across the first few weeks of 2019."

Fifty viewings - and still no flat

Harry Simpson and his three friends have been looking for a flat since November.

In that time they have looked at more than 50 properties, but, with a budget of $850 for a four-bedroom house, were yet to secure a flat close to Massey University's campus in Wellington.

"We don't really have the means to be picky in terms of what we want or don't want, especially with how few flats there are. You don't really get the chance to be picky, you take what you can get."

He said the tight rental market was making flat hunting competitive, with one woman at a recent viewing offering $50 more for weekly rent in order to secure a flat. Mr Simpson said usually property managers did not accept offers of people offering more rent.

He and his friends were still looking, and were open to offers. He can be contacted at harrygus.simpson@gmail.com

"I've seen people crying this week over being unsure whether they're going to find a flat, and preparing themselves to accept sub-par conditions in order to have somewhere to live, and it's just not fair."

She said those who could find somewhere to live, struggled to pay the bills as rents continued to rise. Under the student loan scheme students can borrow $228 a week.

Ms Paul said that was probably enough to cover a room, but that left people short for food and transport.

Mr Clancy said rents in Hutt Valley and Porirua were cheaper than in the central city but demand was still high. "A property in Wainuiomata, typically a very quiet suburb for rents had 95 enquiries in its first two days on Trade Me."

The most popular rental in December was a two-bedroom house in Newtown, which had 137 inquiries in the first two days.

Rents in Auckland were unchanged from the year before at $550 per week.

The national median weekly rent remained stable for the fifth month in a row at $480, up 4.3 per cent on the year before.

The Nelson-Tasman region was down 2.4 percent on December 2017 and was the only region which didn't have an increase in December.