The National Party is ramping up its opposition to the government's approach to drug policy with a new shadow portfolio. 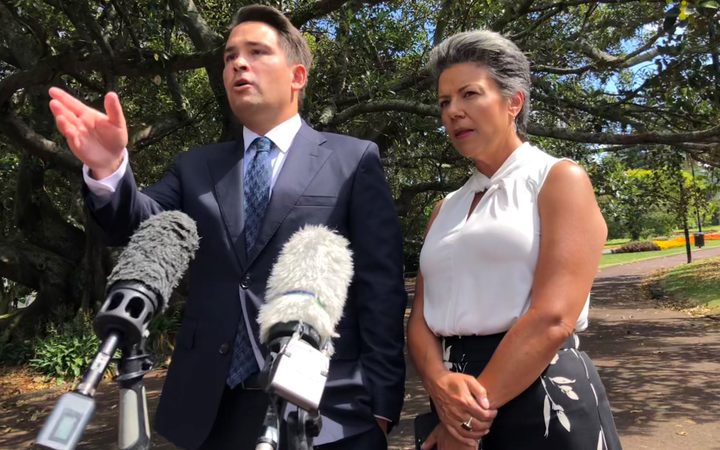 Leader Simon Bridges announced that as part of a minor reshuffle, a new shadow portfolio on drug reform would be led by deputy leader Paula Bennett.

Mr Bridges said the new role had been created in response to what he called the government's "confused and dangerous commitment to decriminalisation" and its soft approach to crime generally.

Mrs Bennett, a former police minister, said the opposition welcomed a debate on legalising marijuana but the current approach was decriminalisation by stealth.

"The government's confused, contradictory and ad hoc policy on drug reform is likely to cause more harm and shows that a measured, sensible and co-ordinated approach is needed," she said.

"We need rehabilitation available for those affected but we also need to hold the people who peddle drugs into our communities accountable, so it makes sense to have someone overseeing the work.

"When it comes to legalising marijuana, there are serious questions around drug driving, the effects of younger people accessing and using, youth mental health, and how this fits with our ambitions to be smoke free."

She said marijuana products overseas were targeting younger people to "get them hooked".

"Gosh, we're hearing overseas that they're turning marijuana products into lollies and ice cream so that it attracts younger people and gets them hooked.

"It then becomes a business, it becomes a trade. People want to make money."

"It's good to see the national party taking seriously the issue of drug law reform," he said.

"There is a need, in the government's view, to treat drugs as a health issue and appointing a senior MP shows that the opposition is taking the issue seriously."

Dr Clark said he was always hopeful for constructive engagement with the opposition, and he would wait to see what sort of role they wanted to play on the matter.

The departure of senior MP Chris Finlayson has made room for a reshuffle in which Amy Adams picks up shadow attorney-general, Mark Mitchell takes on Pike River re-entry and Nick Smith is the new spokesperson for Crown-Māori relations.

Mr Bridges said Dr Shane Reti would pick up the Tertiary Education, Skills and Employment portfolio from Mrs Bennett so she could focus on her new role.

"Through his excellent work on National's Medicinal Cannabis Bill and in his Cyber Security portfolio, he has shown he will do an exacting job in holding this government to account and progressing National's plans."

Mr Bridges said his MPs had a range of views on cannabis decriminalisation but he expected most would vote against it in a referendum.

He said many New Zealanders would support the referendum because they saw the country as one of free choice.

"The National party caucus will have a range of views. There will be some people who at the end of the debate will say that decriminalisation is right. I think the majority will say "no actually, we won't support that'."

Mr Bridges said a National-led government would keep decriminalisation if the referendum passed.