A Palmerston North woman has lost confidence in her image after the employees of a hair salon called her a freak and ordered her to leave. 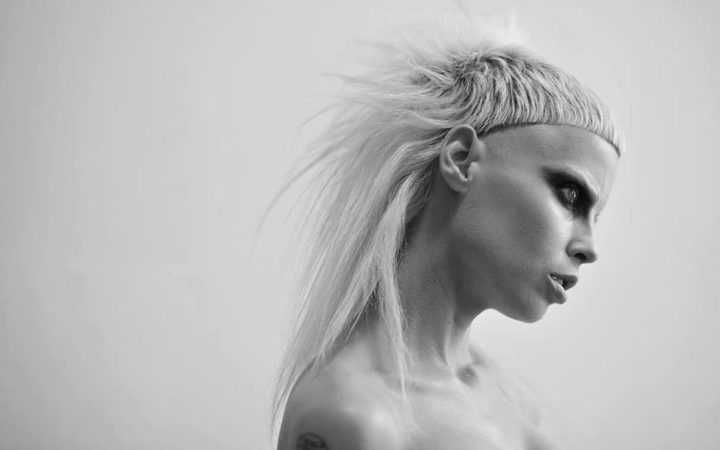 The woman left the salon in tears and said she had been put off getting the style she had wanted.

Jordane Cameron entered the Sharing Shed in Palmerston North on Saturday looking for something a little different.

She requested something between David Bowie's Aladdin Sane album-era haircut and Yolandi Visser of Die Antwoord - short at the front, longer at the back, with plenty of flair.

But when Ms Cameron showed a hairdresser what she was after, she said things turned sour.

"I showed her a photo, she muttered under her breath 'what the F', then she looked at me disgustedly, walked over to her colleagues and they were saying nasty stuff about me.

"For two to three minutes they sat there, pointing at me laughing. She came back over and said, 'You have to leave', for no reason at all."

Ms Cameron said she left the Sharing Shed in tears, and she has had her hair done elsewhere.

The exchange had knocked her confidence.

"I didn't end up doing it. I felt horrible and I just thought that I'd look weird if I got it because of how they made me feel."

Mr Bhalla didn't want to be quoted, but said he has reviewed security footage of the incident and will be looking for more evidence.

He said the footage showed the exchange but without audio he wasn't sure of what was said.

Staff at the store said they acted appropriately, and simply told Ms Cameron that they would not do the cut because of the complexity.

Mr Bhalla said other customers were in the store at the time and he would attempt to talk with them for an independent view of the interaction.

He said Sharing Shed was committed to good customer service, and regardless of his findings, staff would be reminded of their duties when dealing with customers.

The New Zealand Association of Registered Hairdressers said they had a code of conduct but Sharing Shed was not a member.

They said they were receiving an increasing number of complaints about the conduct of some hairdressers, and people should complain to the Commerce Commission if the salon was not part of the association.