Inadequate labels on bags of potting mix may be leading to an increased number of cases of Legionnaires' disease in New Zealand, a new study has found. 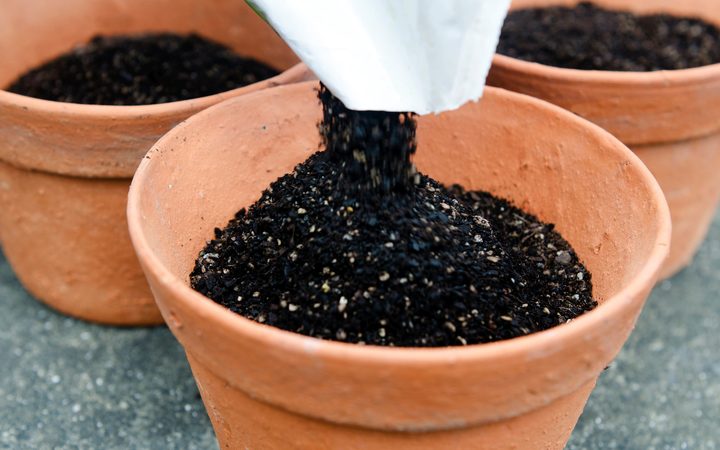 Inadequate labels on bags of potting mix may be leading to an increased number of cases of Legionnaires' disease in New Zealand. Photo: 123rf.com

Study lead, Catherine Thomas, said potting mix can contain harmful bacteria that could lead to Legionnaires' disease - a type of pneumonia - if inhaled.'

"If warnings are designed in a way that increases comprehension and risk perception and encapsulates both the home gardeners and industrial users, the likelihood of people over the age of 65 or other more sporadic cases developing Legionnaires' disease may reduce," Ms Thomas said.

Warnings on potting mix packets were often industry-type tables and did not cater specifically for the home gardener, Ms Thomas said.

Legionnaire's is a public health concern in New Zealand, with the number of cases increasing.

Of the 247 cases in 2016, 205 people were hospitalised. An elderly Christchurch man died last month of complications after contracting Legionnaire's from handling potting mix.

"A lot of attitudes, especially from the younger participants, were that potting mix was just soil - it wasn't anything that was going to harm you and then people were saying 'oh, Legionnaires' disease, I haven't heard of that before so it can't be very dangerous'."